Art Bell, a radio host best known for a paranormal-themed nightly show syndicated on hundreds of stations in the 1990s, died at his home in southern Nevada, authorities said Saturday.

Nye County Sheriff Sharon Wehrly announced in a Facebook video that Bell died Friday in Pahrump. He was 72. An autopsy will be conducted to determine cause of death, she said.

Bell hosted the popular radio talk show “Coast to Coast AM” before he left the airwaves in 2002. He broadcast the show from his radio station, KNYE, in Pahrump.

The program focused on Bell’s conspiracy theories and his fascination with the paranormal and unexplained phenomenon such as UFOs and crop circles. He served as his own producer, engineer and host, according to the Las Vegas Review-Journal.

Fans, including celebrities like William Shatner and singer Josh Groban, took to Twitter to praise Bell. Groban recalled staying up late to listen to the host’s “one of a kind” voice and how “his shows were so weird & spooky but somehow managed to hold off your skepticism.”

At his peak, Bell was heard on some 500 radio stations nationwide. He retired more than once and had a brief run on SiriusXM satellite radio in 2013.

Bell, who grew up in a military family, became an FCC-licensed radio technician by the age of 13, according to the “Coast to Coast AM” website. He later enlisted in the U.S. Air Force while also starting his own pirate radio station. 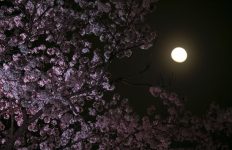 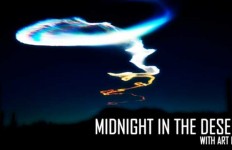