David Beaty will discuss his new documentary depicting the mysterious events of November 14th, 2004, in which a UFO, named the “Tic Tac” was sighted off the coast of San Diego. We will also speak with witnesses who, for the first time ever, will publicly share their perspective of the event. 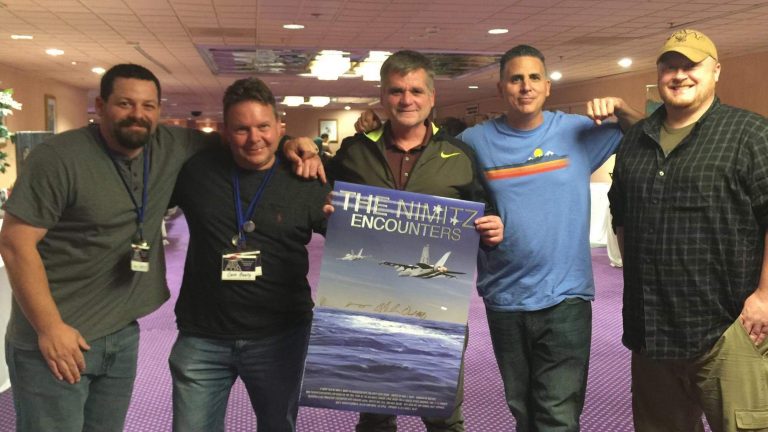 Emmy-Award winning producer and cinematographer David C. Beaty is a UFO researcher, journalist and filmmaker. His career in non-fiction television and documentary spans 25+ years, highlights include national programs on Travel Channel, History Channel and PBS and, more recently the short UFO documentary film “The Nimitz Encounters” which has received over 1.5 million views since November. David runs the Young Guns of Ufology group on Facebook.

It was Kevin’s team in USS PRINCETON’s Combat Information Center that discovered the fleets of anomalous air contacts, now known as the TIC TAC UFOs, in the sky’s above the Southern California Operating Area in November 2004.

Gary Voorhis’s background is in mechanical engineering and working as an electronic and RF technician. He was a Petty Officer/Fire Controlman and Aegis Computer/CEC Technician in the United States Navy during the Tic Tac UFO’s.

He witnessed the UFO’s directly on the ships bridge wing observation post.