From Military Investigations to Pop Culture references, Project Blue Book is one of the most famous, in-depth studies into anomalous phenomena and tonight we speak to the man behind the popular new series, Creator and Co-Executive Producer of PROJECT BLUE BOOK, David O’Leary. Joining David are Paul & Joel Hynek, the sons of famed researcher and investigator J. Allen Hynek. 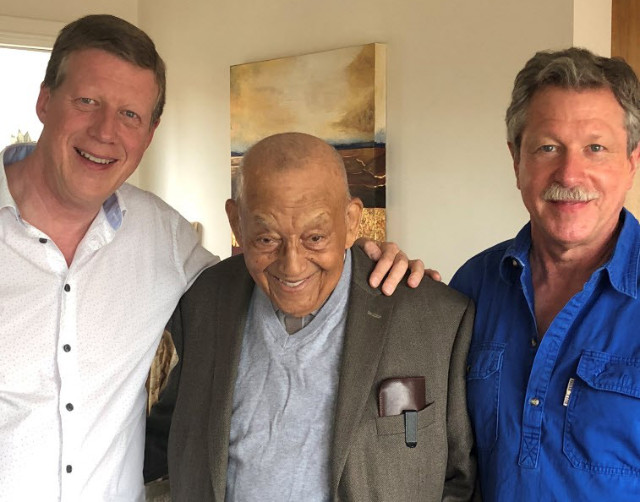 Paul Hynek is one of the son’s of Dr. J. Allen Hynek. He is a Wharton MBA, Professor of Finance at Pepperdine and grant reviewer for the National Science Foundation. He worked on several movie productions such as; Avatar, Lord of the Rings, and other movies and games and then helped sell the company to James Cameron. He is also active in virtual and augmented reality and blockchain.

Joel Hynek is an Academy Award winning visual effects supervisor. He grew up in the Chicago area and was a son of famous astronomer Dr. J. Allen Hynek. Joel experimented with rocketry and other physical effects as he grew up which he put to good use in his career in visual effects. Some of the films he contributed to are Predator, What Dreams May Come, The Matrix, and The Mummy III.