There’s a new voice in the night.

“It may sound cliché, but it’s a dream come true for me to take the helm of a show created by one of my true idols, Art Bell,” Weisberg said. “My whole life, I wanted to be in radio, but when I was a teenager and heard Art’s voice talking about paranormal and fringe topics, I was hooked on the talk radio format. I had no idea these things that I was secretly interested in could be so publicly discussed, and he made it feel completely normal to talk about them.”

Weisberg comes to Midnight in the Desert full-time after filling in on the program in guest-hosting stints since 2018. He has hosted the popular paranormal radio program podcast Spooky Southcoast for 14 years, which he will continue to do in addition to helming Midnight in the Desert. By day, Weisberg is the Digital Managing Editor for two Townsquare Media radio stations in the New Bedford, Massachusetts market, where he is also a former news anchor and reporter, covering the New England Patriots and previously covering the Boston Celtics.

In addition to his radio work, Tim has worked as a writer researcher producer on paranormal television programs such as Ghost Stalkers, Ghost Asylum and Haunted Towns. He’s also featured in front of the camera on programs such as Ghost Adventures, My Ghost Story, MonsterQuest, Most Haunted Towns, and will be featured in two upcoming television series in 2020.

“I feel like my whole career has been building to this moment,” Weisberg said. “As much as I’ve been working in modern media, my plan is to incorporate those elements into a program that has a throwback feel. I want to go back to those nights when you’d turn off all the lights, sit in the dark and just listen to that voice coming to you out of the night air – although some nights, what we’re talking about just may want you to keep the lights on.”

Midnight in the Desert was started by Art Bell in 2015. Tim is also the author of two books on the paranormal, and is an award-winning The title of the program comes from a song written specifically for Bell by country music superstar Crystal Gayle. Bell and subsequent hosts have continued to use the song, with Gayle’s blessing, as the program’s closing theme, something Weisberg said will continue.

“Although nobody will ever replace Art Bell, we at MITD think it’s important to honor his memory as the one who started it at all, especially this program,” Weisberg said. “While the best way we can pay tribute is to just continue to discuss these topics in a long-form, objective style, keeping the name and the theme song is just a small touch to make sure Art is never far from our thoughts.”

The show is produced by Keith Rowland and Michelle Freed; Rowland handles the technical aspects of the program and its promotion, while Freed focuses on the content, booking some of the most fascinating guests in talk radio today.

“Unlike some of the other overnight talk radio programs currently on the air, there are no corporate overlords with Midnight in the Desert,” Weisberg said. “It’s just Keith, Michelle and myself making it all happen. So you don’t have to worry about the show becoming an informercial; we just want to give you interesting, entertaining talk radio the way it used to be.”

Midnight in the Desert was most recently hosted by paranormal radio veteran Dave Schrader; he became the host following the death of Bell in 2018 and the parting of the show’s second host, Heather Wade. Schrader, whose television program The Holzer Files was recently renewed by the Travel Channel, is leaving to focus on the continued success of that program, as well as his podcasts Beyond the Darkness and True Crime Tuesday.

“Dave came in and righted the ship at a time when it could have gone off-course, and brought the program back to prominence in the world of late-night radio,” Weisberg said. “He moved Midnight in the Desert into a new era. I just want to continue what he’s done and add some of my own personality and skill set into the program.”

Midnight in the Desert airs live for three hours every weeknight through the Dark Matter Digital Network and the program’s flagship station, KNYE in Pahrump, Nevada. It can be heard beginning at 12 am Eastern/9 pm Pacific at midnightinthedesert.com, as well as on the TuneIn and Paranormal Radio apps. Archived episodes can be accessed through membership at midnightinthedesert.com.

“As much as we love having that live audience every night, the adrenaline rush with talking to thousands across the globe and interacting with them across social media at the same time, the memberships are how the show,” Weisberg said. “It’s those members, who we call Time Travelers, who keep the show going and allow us to have Michelle spend the time needed to find all the first-rate guests she brings us, and for Keith to continue to upgrade the technology to make the show bigger and better.”

If your station is interested in carrying Midnight in the Desert, contact producer Michelle Freed at (847) 271-1481 or at michelle@midnightinthedesert.com . 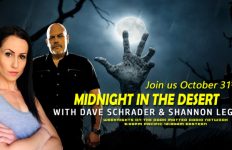 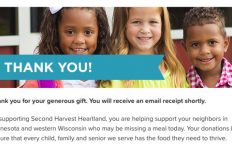 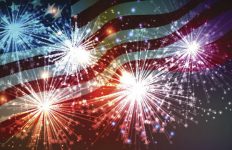 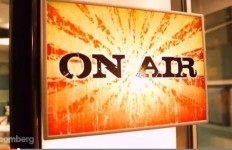