Paul Davids is an author, artist and award-winning Hollywood filmmaker. As author, his most recent book is the ambitious 514 page non-fiction An Atheist In Heaven – The Ultimate Evidence For Life After Death? It is co-authored with Professor Gary E. Schwartz, Ph.D., a scientist who is also a prolific author. In 1990, Lucasfilm contracted Paul Davids to co-write (with his wife, Hollace Davids) six Star Wars books that continue the Star Wars saga beyond Return of the Jedi. Those books sold in the millions and include The Glove Of Darth Vader, The Lost City Of The Jedi, Zorba The Hutt’s Revenge, Mission From Mount Yoda, Queen Of The Empire and Prophets Of The Dark Side. He has written, produced and/or directed 12 feature films, mainly distributed to TV by Showtime (Roswell, 1994) and NBCUniversal (Starry Night, The Sci-Fi Boys, Jesus In India, Before We Say Goodbye, and The Life After Death Project), with a film slated for release in 2016: Marilyn Monroe Declassified.

His entertainment production career started with the classic, original Transformers animated episodes. You’ll find his name on 79 of those Marvel Productions shows as production coordinator, and he also wrote some of the longtime favorites. As an artist, his large portfolio encompasses hundreds of paintings (www.pauldavids-artist.com) that have had prestigious exhibits (including at the Ritz-Carlton in Laguna-Niguel, CA), and 5 coffee table art books (to be found at blurb.com). His art is now also creating stylish flower fashion, with a line of clothing at shopvida.com (search for Paul Davids at VIDA). He is a graduate of Princeton University, where he was an award-winning poet, leading to publication of three books of his poetry beginning with Poems To Read While Driving On Freeways (And Other Ways To Die Laughing). Paul Davids’ first book, co-written with his wife Hollace Davids with a Preface by Marvel’s very famous Stan Lee, was The Fires Of Pele: Mark Twain’s Legendary Lost Journal. 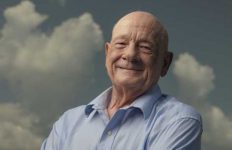 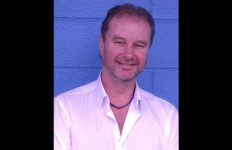 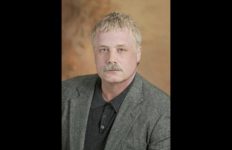 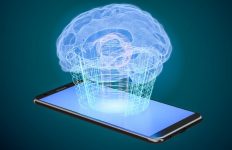 This Company Claims They Can Preserve Your Brain for Future Use. But First They Have to Kill You→