Shane Sirois returns to share more of his 30 years of experiences and research in the paranormal, UFOs, aliens and cryptids. He specializes in negative attachments, aggressive hauntings and persons that have been attacked by parasitic life forms. His main focus is to help people with horrible negative experiences.

Shane Sirois has been helping families and individuals for over 30 years. He has a rare one hundred percent success rate at getting rid of nasty parasitic entities. His understanding of the mechanics of what allows a haunt is untouched. He gets called in when investigators, demonologists and clergy fall short in providing relief and he has succeeded every time. Shane doesn’t stop there. He is also a researcher of UFO, Extraterrestrial and Cryptids. Shane is currently involved in several areas that have UFO sightings, Sasquatch sightings and Shadow People sightings. He is at the center of some of the biggest cases. 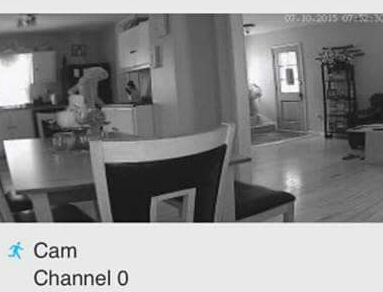 A married couple, both work, no children at home set up a surveillance system after learning several neighbor alarms were being tripped. Their camera went off one day and sent it to their cell phone. They called the police and met them there. No forced entry, nothing missing, all doors and windows were locker up tight and nobody inside. Look over the table center piece, standing in front of the black refrigerator is a creature facing the cabinets. It’s got its right hand on the counter top and you can see its left elbow bent behind it. This was taken in the Connecticut flap area. 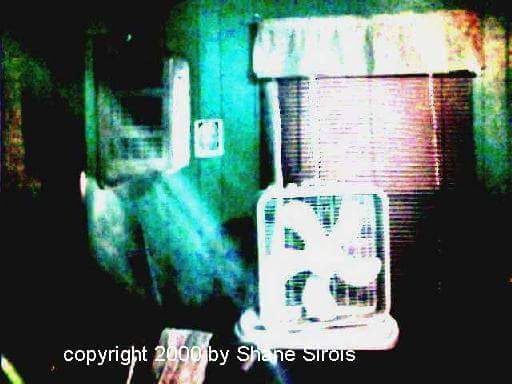 This picture is of a Parasitic Entity I came face to face with at the case I met Paul Eno for the first time in 1998. Digital cameras were not the greatest back then despite the fact that I paid $865 for that 1.3 mp floppy disk Mavica. Lol