Mark Ireland and Elizabeth Boisson will share their amazing stories of psychic communication, which they hope will bring comfort to the bereaved and cause even the most skeptical unbelievers to broaden their views. Their bold exploration of paranormal phenomena and evidence of life after death can help loved ones heal.

Mark Ireland is the Co-Founder of Helping Parents Heal and Author of two books, including the groundbreaking Soul Shift: Finding Where the Dead Go. His father, Richard Ireland was a renowned 20th-century Psychic-Medium who counseled Mae West, Glenn Ford, Amanda Blake, and the Eisenhower family. Mark has participated in mediumship research studies conducted by the University of Arizona, and the University of Virginia, and he currently operates his own Certification program. Mark’s program objective is to identify high-caliber Mediums capable of furnishing specific, accurate, and pertinent information. According to the Windbridge Research Center, highly evidential readings can provide a therapeutic benefit to grieving persons.

Elizabeth Boisson is the President and Co-Founder of Helping Parents Heal. She has four beautiful children, two of whom are in spirit: Chelsea who passed when she was 2 days old, and Morgan who transitioned at the Base Camp of Mount Everest in Tibet while on a university exchange program with 13 other students when he was almost 21 years old. She also has two beautiful daughters: Alix, 27, who is pursuing a PhD in Public Health at the Gillings School at the University of North Carolina at Chapel Hill, and Christine, 24, who just graduated with a Masters Degree in Art History from University College London.

Elizabeth spent several in New Dehli, India while in high school and college and then lived for 15 years in France while studying and then starting a family. She did both her undergraduate and graduate studies at the University of North Carolina at Chapel Hill, as well as at the Université Paul Valéry in Montpellier, France. She also taught at both universities in the Romance Language Departments. She is also a certified yoga instructor and teaches yoga for healing grief. 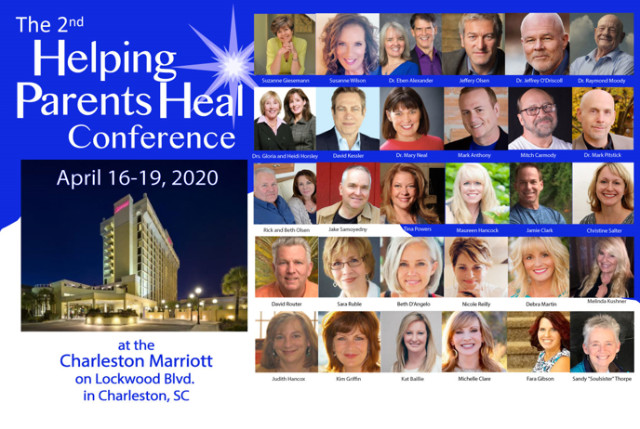 Ali Norell shares her story of the loss of her youngest daughter, Romy, at five months, in July 2014 and the lessons she learned from her grief as well as some profound occurrences she experienced after her death.

Ali Norell is a mother – of three children here and one in Spirit – wife, author, medium, healer and inspirational speaker. Despite having one foot firmly in the ‘Other’, she believes in demystifying Spiritualism and taking it out of the shadows and into public awareness as a thing of positivity; to aid those who grieve and offer hope to all that death is a transition, rather than the end.

Since early childhood Ali has been able to see, hear and sense the spirits of those who have passed and those who serve as guides from the spirit world. Following many and varied careers, she made a decision to follow a different path.

By writing about her experiences, Ali hopes to bring comfort to others who grieve and to show them that it is possible to live a life full of positivity and purpose following loss. She credits her daughter with leading her to a childhood passion – writing. Ali is now a full time author and lives in Brighton, UK with her husband, three children and two cats.

Kelvin Chin, Executive Director and Founder of the “Turning Within” Meditation and Overcoming the Fear of Death Foundations, will provide solutions and tools and as well as share some answers and understanding of grief and grieving the loss of a loved one, covering both the mental and emotional components. He will also discuss what happens after we die, after-death communications, soul contracts, and the possibility of future lives together.

Kelvin Chin is Executive Director & Founder of the “Turning Within” Meditation and Overcoming the Fear of Death Foundations. He is an internationally-recognized meditation teacher featured in Business Insider, Newsweek, Kaiser Health News, and has taught meditation at West Point and in the U.S. Army, including on the DMZ in Korea. Kelvin is also the author of the best-selling Overcoming the Fear of Death: Through Each of the 4 Main Belief Systems — a nonreligious approach to the 4 Beliefs that underlie all religious and cultural beliefs. He has had many experiences “piercing the veil” over the past 35 years, and his past life memories reach back 6,000 years.

He is a graduate of Dartmouth, Yale and Boston College Law, has lived in 7 countries, and so far has worked with clients in 41 countries.