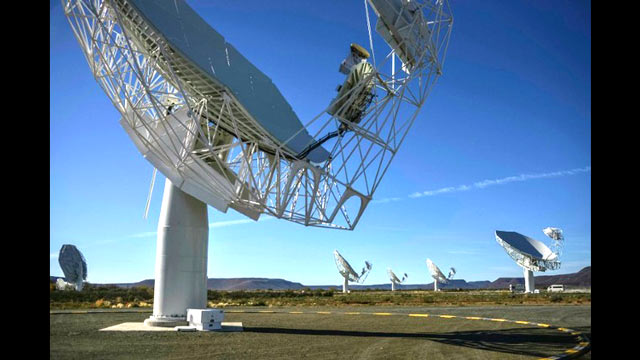 The scientists detected a new series of six Fast Radio Bursts (FRBs) or radio signals from the deep space, far beyond the Milky Way. This baffled the astronomers and some speculate that extraterrestrial intelligence would like to make contact.

The first signals were received in Puerto Rico at the Arecibo radio telescope within just 10 minutes of each other. The researchers from McGill University in Canada also reported the signals from the same location, in the Auriga constellation, which is about 2 billion lightyears away from Earth. There were already 18 FRBs detected and recorded since 2007. The scientists are searching for the probable source of the repeating signals, according to Sputnik.

The findings of the discovery were printed in The Astrophysical Journal on Dec. 20, 2016. The scientists said that they report on radio and X-ray observations of the only known repeating fast radio burst source, FRB 121102. They further said that they have detected six additional radio bursts from this source: five with the Green Bank Telescope at 2 GHz and one at 1.4 GHz with the Arecibo Observatory, for a total of 17 bursts from this source.

Science Alert reports that these fast radio bursts (FRBs) are some of the hardest to pin down and the most explosive signals ever detected from space. They only last milliseconds and generate much energy as the Sun in the whole day. Scientists are puzzled of what causes them.

The team also cannot figure out the exact location of FRB 121102. On the other hand, based on the way their lower frequencies are slowed, the team thought that they might come from far beyond the Milky Way. This could give hints of what trigger the events.