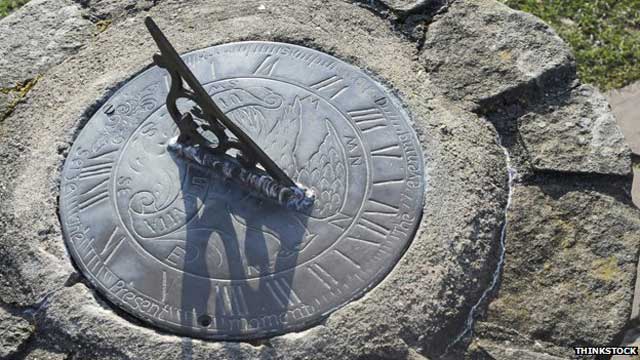 Is a point being reached where time is revealed as an illusion, asks Will Self.

Time present and time past
Are both perhaps present in time future
And time future contained in time past.
If all time is eternally present
All time is unredeemable.

The opening lines of TS Eliot’s Burnt Norton, the first of his Four Quartets, were written in the 1930s, but while they may be familiar to many of you, I wonder if any of us have really stopped to consider their full import. True, Eliot sounds a speculative note with that “perhaps” in the second line, yet his meaning still seems clear enough – if our perception of time as moving ever forward like a river is purely subjective, and the whole span of time – together with all actual events – has already transpired, then nothing we will ever do or say can alter the future, let alone the past. The inclination is, I think, to relate Eliot’s insight directly to notions of free will, and hence to moral responsibility – the attribution of which is the thing that most preoccupies us in our social existence. However, I don’t really want to discuss that but instead focus on time itself, and our conception of it.

The fourth dimension appears so much slipperier to us than the first three – so slippery, indeed, that when we attempt to fix it in our minds it slithers away from our grasp in a faintly nauseating way. Consider this – if we reject Eliot’s insight and cleave to the view that the past, together with everything in it, no longer exists, while the future has yet to come into being, then all of reality must be bounded by what we think of as the present. Yet what is the present? Our own irascible versifier, Morrissey, expressed our perplexity well with his song title “How Soon is Now?” because the evanescent character of the present means it seems to be simultaneously always advancing before us, yet equally ever retreating behind. My father also expressed this strange state of affairs well when I once asked him what things had been like during his childhood in the 1920s. “It’s difficult to answer,” he mused, “because so far as I’m concerned it’s always been… now.”

I once heard some philosophers of science comparing the Newtonian and the Einsteinian revolutions in our understanding of the physical world, and one of them said that the key difference between the two was that laypeople could intuitively grasp the former’s principles, whereas the mathematics describing the latter are so complex their implications can only be comprehended by the scientific illuminati. This may well be so – certainly, I lack the necessary understanding of probability theory required to be conversant with quantum mechanics, but then again, I’m also all at sea with differential calculus, the mathematics that fixes in the real world the parabolas described by Newton’s laws of motion. Somehow this doesn’t prevent me grasping Newton’s view of both space and time as absolutes within which the phenomena we perceive can be categorised. The Newtonian universe is exactly calibrated, like a chronometer, and leaves plenty of conceptual room for a divine creator to exist outside its casing. I would argue that it’s really this aspect of Newton’s thinking – the murky interface between his scientific theories and his religious belief – that enables our own clarity. After all, while physical interactions may have the apparent simplicity of impacting billiard balls, it’s reassuring to know there’s someone who built the table.

Much more via BBC News.