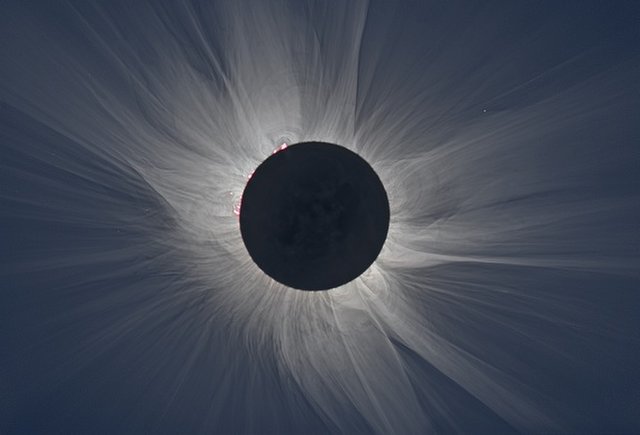 A total solar eclipse is such a spectacular sight that it can render even experienced observers and scientists spellbound. In the excitement, viewers often completely overlook secondary phenomena.

There is so much more to a total solar eclipse than the sky simply getting dark for a couple of minutes. For that brief interval of time, the world as you know it completely transforms.

If you’re planning on seeing the total solar eclipse on Monday (Aug. 21), here is a detailed, step-by-step guide to what you can expect to see. (Note that you probably won’t see everything mentioned here, but if you know what to look for, you’ll have a better chance of seeing it!) You can also visit Space.com for a live solar eclipse webcast, courtesy of NASA, beginning at 12 p.m. EDT (1600 GMT).

If you’re inside the path of totality, the partial phases of the eclipse will last for over an hour both before and after totality. If you are using eclipse glasses or a welding filter at the moment that the partial eclipse begins, you won’t notice anything out of the ordinary, but just be patient and wait a few minutes. Soon, you will see a very small dent appear in the upper right-hand edge of the sun (or, if you are projecting the sun’s image, it will appear on the sun’s lower left edge). This will be the dark disk of the moon moving slowly in front of the sun.

At first glance, it will be just a small bite; then, you’ll see a little more, and a little more similar in movement to the minute hand of a watch. But because the sun is so bright, you might be a bit disappointed at first, since the sky doesn’t appear to be darkening at all.

But when the sun is more than half covered, you’ll notice that, ever so slightly, the world is indeed getting a little darker. At first, it will seem as if the sun is shining through a thin cloud, and yet the shadows that are being cast are as clear, dark and distinct as if it were bright and sunny.

By the time about 80 percent of the sun is covered, the sky illumination appears rather peculiar. Also, the shadows are becoming sharper as the sun — now reduced to a thick crescent shape — continues to get thinner and thinner.

As totality draws nearer and the sky grows still darker, you might even feel a little nervous, for here is a situation that neither you nor any of the people who might be around you have any control over. Only now can you begin to understand why eclipses both fascinated and terrified ancient people.

The final few minutes before totality are always filled with indescribable excitement.