It is with great and deep sadness that we report Art Bell passed away last Thursday night/Friday morning, peacefully in his sleep, most likely due to complications from his long diagnosed C.O.P.D. It seems appropriate that he died on Friday the 13th, being the King of paranormal radio for many decades, as he championed the exploration into the unknown, strange worlds of the afterlife, and High Strangeness of every kind. Art had a fascination with the afterlife, and it’s heartwarming to know he peacefully slipped into the next world and now knows the answers he sought for so long.

Art pioneered paranormal radio with his creation in the 1990’s of the weekly show Dreamland, which eventually spread to his nightly show, Coast To Coast AM. His style, topics, and guests all brought in a new wave of listeners to late night talk radio. He always strived for quality in the production and content phases of his show. He also allowed for the spontaneity of the unknown by always taking calls from unscreened Open Lines, which brought a certain sense of intimacy to the program.  He led the way for numerous others to not be afraid of exploring the paranormal on main stream radio.

The early days of Art’s nightly program was centered around the politics of the day. At a certain point he got tired of the same old political talk and deemed paranormal the direction he wanted to take. After decades of paranormal radio, after his final retirement, Art drifted back to speaking his mind on politics, on his very popular Facebook page.

Art was an avid HAM radio operator and enjoyed communicating both professionally and on the HAM bands. He had one of the best sounding HAM stations on the air, and was frequently talking to others in the middle of the night on weekends. He went by the call-sign of W6OBB. He is now referred to as a ‘silent-key’ by the amateur radio community.

He lived his life to the fullest and made an impact on everyone he knew, while he reinvented talk radio into the cultural phenomenon now known as Paranormal Talk.  Art Bell brought wonder, curiosity, and fascination to us, and the landscape of late night radio was never the same.  He was a National Treasure, and left his mark on this world that will always be timeless, as he was.

His fans will be forever grateful for the incredible ride Art gave them, and he will always be remembered and sadly missed. God Speed Art Bell! 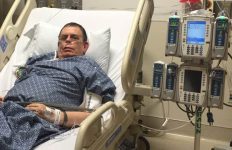 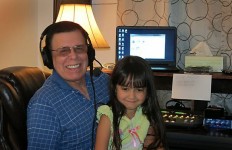 Art Hangs It Up For the Last Time.→ 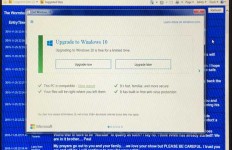 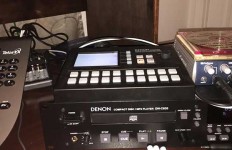 Mouse shows up during Art’s show→