Tonight we bring back some favorite guests and friends of Art Bell, to express our shared experiences with Art. Joining us tonight will be:

As a professional broadcaster, Ian Punnett experienced success equally in Minneapolis-St. Paul and Chicago as well as Nashville and Atlanta. On top of his weekday radio and TV work, Ian may be best known as the weekend host of the nationally syndicated Coast to Coast AM, heard on more than 500 stations across the country.

In 2013, Ian left commercial media to pursue his PhD at the Walter Cronkite School of Journalism and Mass Communication, part of Arizona State University. He is the author of several books, including How to Pray When You’re Pissed at God from Random House, which was featured on CBS Morning News, Esquire.com, and CNN.com, and two children’s books written to raise money for canine charities, Dizzy the Mutt with the Propeller Butt and Jackula the Vampire Dog.

Alan Corbeth has worked in the broadcasting and recording industry for over thirty-five years.  He helped build the largest nationally syndicated overnight radio program in this country, “Coast to Coast AM” with Art Bell and George Noory.  Prior to that, he served as a Senior Vice President with Premiere Radio Networks.

Alan built and managed a local radio station in Southern Oregon where he helped to established Chancellor Broadcasting and Talk Radio Network. He also worked as Director of Technical Production for National Public Radio in Washington, DC, Israel Radio in Tel Aviv, Israel, and Capitol Radio in London, England.  During his seven years in England, he also worked for CBS and RCA records.

Alan started his recording and broadcasting career with a large independent recording studio in New York City and in 2008, Alan was invited to Chicago to introduce Art Bell into the Radio Hall of Fame.

In May of 2008 Art Bell sold KNYE-FM (the station he built in Pahrump with wife Ramona) to his very close friend, who was station manger at the time. Karen is currently the owner and operator.

Richard Hoagland – The Other Side of Midnight

Richard Hoagland is an American author, and Radio Host of The Other Side of Midnight. He is a proponent of various conspiracy theories about NASA, lost alien civilizations on the Moon and on Mars and other related topics.

Dr. William J. Birnes is a New York Times bestselling author and ufologist who has written and edited more than 25 books covering subjects of human behavior, true crime, current affairs, history, psychology, business, computing, and the paranormal. He has worked as the creator, consulting producer, writer, and lead host of History Channel’s UFO Hunters. He is co-creator and guest expert of History’s Ancient Aliens, and was currently featured as a commentator on Discovery’s Unsolved NASA Files.

Whitley Strieber is the author of Communion, about his own close encounter of the third kind, and among the best selling books in history. He is co-author with Art Bell of The Coming Global Superstorm which became the movie the Day After Tomorrow. He is the author of more than twenty other books, including the spiritual classic The Key and the largest-selling book on the Roswell Incident, Majestic. His website is UnknownCountry.com, providing daily news of the edge. It is also the home of the radio program Dreamland, founded by Art and Ramona Bell and continued by Whitley to this day.

Keith brought Art onto the Internet back in the early 90’s when the web was just starting. Art and Keith began a long time relationship where they decided that radio with pictures was the future. As Art ventured in the paranormal, visuals were very important. Keith’s unique skillset allowed Art to branch into radio excellence that no other radio host considered. Adding images and webcams and archived audio to the radio show was leading edge in the day.  Later Keith was instrumental in bringing Rush Limbaugh online and other Premiere Radio hosts.

Keith has accrued many skills to be able to continue Art’s progression through the years. Having a background in computer programming, running his own business and being an audiophile and radio enthusiast, allowed Keith to bring Art directly to the fans with Midnight in the Desert on Dark Matter Digital Network. And now with Art’s passing Keith continues the success of operating an Internet radio business that supports and keeps paranormal radio “on the air”. 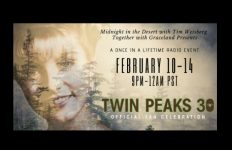