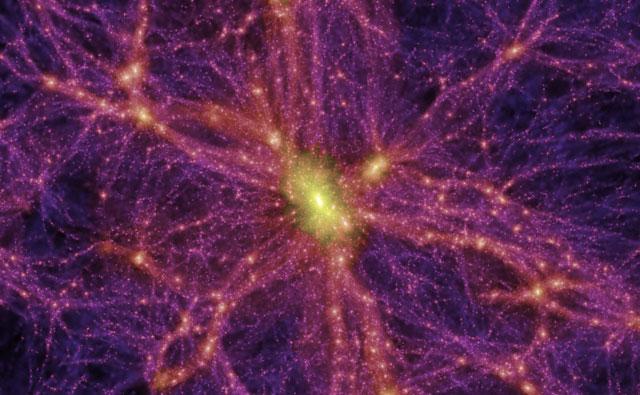 The search for dark matter is one of the strangest enduring scientific mysteries. Astronomers and astrophysicists believe that up to 95% of the universe could be composed of so-called dark matter and energy, “dark” meaning these forms of matter do not reflect light, x-rays, or any other radiation like all other the other stuff in the known universe does. Thus, the presence of dark matter and energy is often inferred from the gravitational effects they have on other objects and forms of energy. Dark matter is thought to be distributed throughout the entire universe, but a new discovery made by Yale astronomers might turn that thinking on its head.

If we can only detect a small fraction of the ‘stuff’ out there in the cosmos, who knows what mysteries and wonders lie just beyond the scope of our sense?

A team of astronomers mostly from Yale University have detected the first known galaxy which is completely devoid of dark matter, revealing a cosmic mystery which has left them at a loss to explain it. A study of this “ghostly” galaxy has been published in Nature. According to the astronomers’ findings thus far, the presence of this unique galaxy may challenge the current thinking about dark matter and its distribution throughout the cosmos:

NGC1052–DF2 enables us to make the complementary point that dark matter does not always coincide with galaxies: it is a distinct ‘substance’ that may or may not be present in a galaxy. Furthermore, and paradoxically, the existence of NGC1052–DF2 may falsify alternatives to dark matter

The galaxy was detected using the world’s largest telescopes at the W. M. Keck Observatory in Hawaii, as well as the Hubble Space Telescope. Pieter van Dokkum, lead author of the study, says this galaxy, named, NGC1052-DF2 leaves a “ghostly glow in the sky” due to its lack of dark matter.