The son of a Chinese couple who died more than four years ago has been born to a surrogate mother, according to Chinese media.

Shen Jie and Liu Xi had been married for two years when they decided to try in vitro fertilization. Five days before they were scheduled to transplant one of the fertilized embryos into Liu, the couple died in a car accident in March 2013 in the Chinese coastal province of Jiangsu.

For the next three years, the parents of Shen and Liu fought for the rights to four frozen embryos left by their late children in a complicated and unprecedented legal case in China, according to the Beijing News.

After several court battles, both sets of parents finally won custody of the embryos, and in January of 2017, with the help of an underground surrogacy agency, they drove to Laos to find a mother. Surrogacy is illegal in China.

In December last year, Shen and Liu’s baby, a boy, was born in a hospital in Guangzhou. Liu’s mother gave him the name Tiantian, or “sweet”. Last month, the family celebrated Tiantian’s first 100 days by holding a small party.

After the birth there have still been legal complications. The new grandparents had to carry out DNA tests to prove their relationship to Tiantian and keep custody. 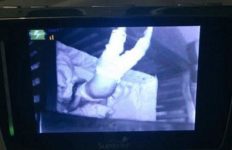 ‘Do I call the parents or the exorcist?’ Babysitter spotted her young niece sleeping on her HEAD→ 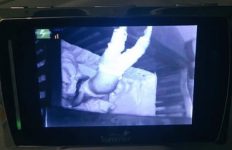 Babysitter looks at monitor, sees baby in a handstand→ 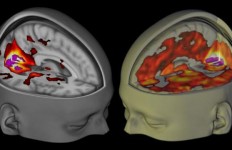 Brain scans show how LSD mimics mind of a baby→ 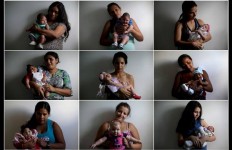 All the rumors about Zika that are not true, according to the WHO→