Those who suffer from arachnophobia beware. Last week, people in the city of Albury in New South Wales, Australia encountered an eerie sight — silky webs coated the land, teeming with millions of small baby spiders. The spiders parachuted down from the sky, a process known as “ballooning,” reports CNET.

Usually during May and August, Outback arachnids throw their webs up into the air, moving in large formations through the sky. Arachnophobes – are you still reading? These spider colonies then travel through the air and fall in masses of web and silk down to the ground, coating everything from farmlands to buildings.

“We see these vast areas of baby spiders, all coming down at once in the late morning or early afternoon,” Keith Basterfield, a retiree who studies the phenomenon, also called “angel hair,” told the Goulburn Post. “You can know this has happened by either seeing it or spotting what looks like long threads of cotton telegraph poles, power lines, and houses.”

Basterfield has become something of an “angel hair” expert, collecting an extensive catalogue of spottings of the spider migration phenomenon since 2001.

He isn’t the only person to be fascinated by this spider sojourn to the Australian countryside. Some locals took to social media to document the bizarre sight.

“I’m 10 minutes out of town and you can clearly see hundreds of little spiders floating along with their webs and my home is covered in them. Someone call a scientist!,” wrote Ian Watson in a post to the Goulburn Community Forum Facebook page, reports the Goulburn Post. “If you look toward the sun there are millions of them and really high up here…there is also a cotton-like substance coming down that is kinda like spider web but not exactly.” 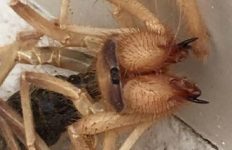 Creepy creature a mix between spider, scorpion; the Camel Spider→ 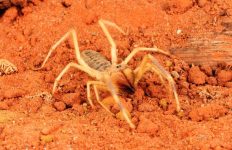 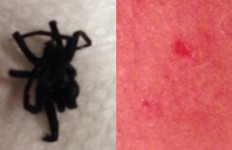 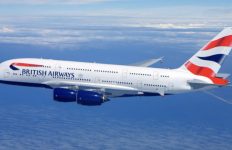