Where’s my flying car? The skies are meant to be full of them as Wednesday approaches. Where are the hoverboards? Why are we still tying our own shoelaces?

“Great Scott! There must be a disturbance in the space-time continuum!” If you have no idea what I’m talking about then you are either living in a parallel universe or have somehow escaped all the hype, because Wednesday is Back to the Future Day. This is the date to which Marty McFly and Doc Brown travel in the enormously popular 1980s movie Back To The Future II: 21 October 2015.

“The day is coming. We are living in the future they predicted,” says television presenter Jason Bradbury, one of the many Futureheads around the world who are getting ready to celebrate the date. There’s even a website that counts down to the exact moment.

What’s all the fuss about? Michael J Fox and Christopher Lloyd were great as Marty and Doc but this was still a cheesy 1980s sci-fi flick. What did it get right and what did it get wrong about the future we now live in? And why does it mean so much to people?

There is nobody better to ask than a man who presents The Gadget Show on television, wears daft glasses and has spent a great deal of his own money building a super-accurate replica of the nuclear DeLorean used as a time machine in the film.

“They didn’t just dress up a car, they made a model of what a time machine fuelled by a cold fusion reactor would look like, according to the best scientific theories available in 1984,” says Bradbury, who takes this seriously.

He bought a mint-condition DMC-12 from an owner in Belfast, where the cars were made before DeLorean went bust in 1982. Then he took it to a manufacturing firm called KMF in Stoke where it worked wonders to create a vintage version of new technology. 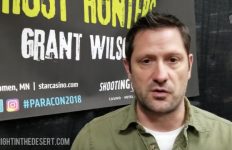 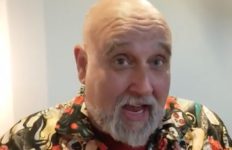 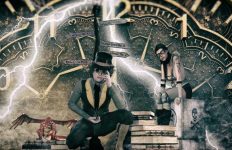