The modern scientific worldview is predominantly predicated on assumptions that are closely associated with classical physics. Materialism—the idea that matter is the only reality—is one of these assumptions. A related assumption is reductionism, the notion that complex things can be understood by reducing them to the interactions of their parts, or to simpler or more fundamental things such as tiny material particles. . . . During the 19th century, these assumptions narrowed, turned into dogmas, and coalesced into an ideological belief system that came to be known as ‘scientific materialism.’ This belief system implies that the mind is nothing but the physical activity of the brain, and that our thoughts cannot have any effect upon our brains and bodies, our actions, and the physical world.

Above is a quote taken from a group of internationally recognized scientists who came together to stress the importance of what is still commonly overlooked in the mainstream scientific community — the fact that matter (protons, electrons, photons, anything that has a mass) is not the only reality. We wish to understand the nature of our reality, but how can we do so if we are continually examining only physical systems?

This is one of many points taken from the lecture below, given by biologist and author Rupert Sheldrake, best known for his hypothesis of morphic fields and morphic resonance, which leads to a vision of a living, developing universe with its own inherent memory. He worked in developmental biology at Cambridge University, where he was a Fellow of Clare College. He was then Principal Plant Physiologist at the International Crops Research Institute for the Semi-Arid Tropics (ICRISAT) in Hyderabad, India. From 2005 to 2010 he was Director of the Perrott-Warrick Project, funded from Trinity College, Cambridge.

The Science of Delusion is the belief that science already understands the nature of reality in principle, leaving only the details to be filled in.

We’ve seen countless instances in science where what we think we know, and accept as a reality that can’t be challenged, changes. A great example comes from Lord Kelvin, a famous Scottish mathematician and physicist who contributed to many branches of physics, when he stated that “there is nothing new to be discovered in physics now. All that remains is more and more precise measurement.” This statement was disproven just five years later, when Einstein published his paper on special relativity. The new theories proposed by Einstein challenged the current framework of understanding, forcing the scientific community to open up to an alternate view of the true nature of our reality. This serves as a great example of how things that are taken to be truth can suddenly change to fiction. Another moment could be when we found out the Earth wasn’t flat, or the recent findings that’ve moved beyond just “theoretical” in quantum physics, that challenge some of Einsteins theories, like quantum entanglement, something he referred to as “spooky action at a distance.”

If you have studied any area of science on your own or in school, you may have noticed there are many differing beliefs in the scientific world. For nearly every theory or ‘fact,’ there appears to be an opposing one, or many. While this statement seems impossible given that science is supposed to be based on evidence that produces provable theories, it is a delusion not to realize that much of what is strictly believed in the scientific world is only believed because it has already been accepted by the mainstream and therefore no longer questioned — much like what takes place within religion. This is not to say that there aren’t amazing scientists out there coming up with profound findings and adding powerful contributions to all fields. I simply wish to highlight the fact that, in the mainstream world, science is ‘stuck,’ or, perhaps more accurately, we have put a freeze on certain areas of science.

The quote above comes from this article we published a few years ago that featured Ruperts’ banned TED talk. In the lecture below, Rupert makes the same points, but it is updated, longer, and delves deeper into each point. 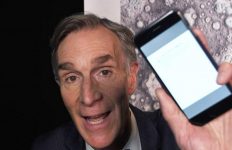 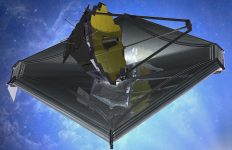 How Do Scientists Search for Extraterrestrial Life?→ 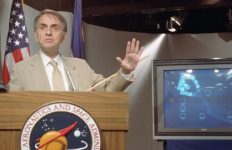 How Scientists Can Engage the Public without Risking Their Careers→ 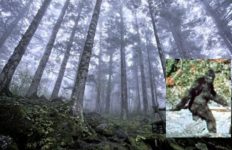 Scientists Who Believe in Bigfoot→