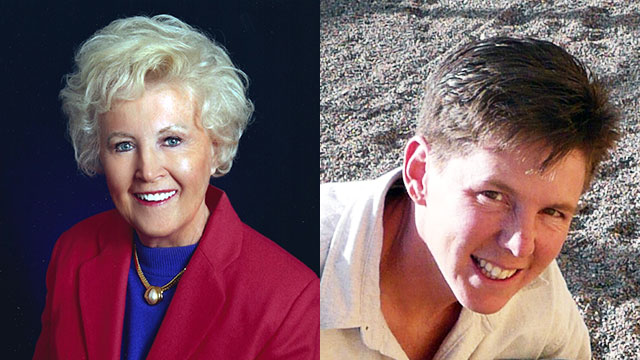 Barbara Lamb specializes in Regression Therapy with people who experience encounters with extraterrestrial beings. Trained in Regression Therapy for several years during the 1980’s by the Association for Past Life Research and Therapies, she began working with ET experiencers in 1991. She has conducted regressions with more than 800 people totaling more than 1,800 regressions to these types of encounters.

Over the past 20 years Barbara has presented lectures on the subject of extraterrestrial encounters across the United States, Canada, England and Belgium, including to the International UFO Congress, The Bay Area UFO Expo, Star Knowledge Conferences, Whole Life Expos, Brain-Mind Symposiums, and various Mutual UFO Network chapters. She has been interviewed on numerous national television shows including Encounters, The Other Side, The Learning Channel, The History Channel, and Discovery Channel. Barbara is also a noted crop circle researcher, co-authored her first book, Crop Circles Revealed, with Judith K. Moore in 2001. She co-authored her second book, Alien Experiences, with Nadine Lalich in 2008.

Mother Earth, Gaia, sent out a call to the cosmos decades ago, for assistance in her ascension. Many thousands of beings answered to Gaia’s call and came. Some came to orbit Earth’s solar system in their ships, others came into animal forms, while some incarnated into the Human form.

I am one of such Extraterrestrial beings who volunteered to come and chose to incarnate on Earth.

Every Star Being who incarnated has their own unique “Mission: Earth” as well as their own unique perspective. Most have much love and compassion in their hearts. However, not all Star Beings are here in ‘service to others.’ There are some who’s intentions are more ‘service to self.’ Please do not fear them nor separate yourself from them in judgment. You do not have to condone their behavior, but we are all one and we each deserve unconditional love.

I have gained many memories of my home planet Faqui, located in the Andromedan Galaxy, and of my people, the Fajans. I also came to recall my personal Mission, which is to unite with and help awaken other ‘Starseeds’ – and assist in lifting the vibrational energies for Earth’s ascension. Raising the vibration happens naturally because our souls carry the vibration from our Home Planets. This is the reason many of us incarnated. To be on Earth right now is very exciting! Gaia is being monitored by an unfathomable amount of Beings!!