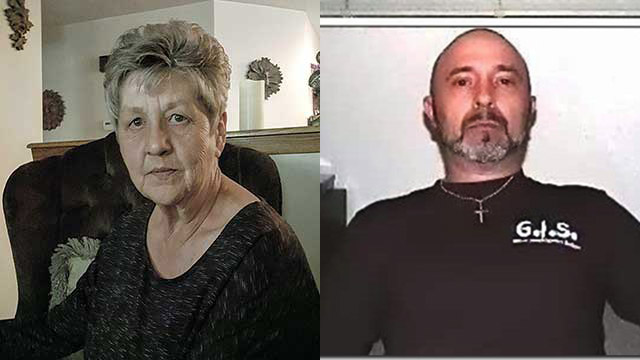 Barbara’s roots are in Louisiana and her grandparents practiced spiritualism there before relocating to Utah with other members of her family in the 1940’s. Barbara and her grandma were very close and her grandma shared many of her theories, beliefs and experiences with Barbara when Barbara was growing up. Her grandma had a great influence on Barbara’s outlook of life, death and the here-after; she taught Barbara never to fear what you don’t understand but try to find answers, and that all of us are stronger than anything we face when dealing with the unknown. Having ghostly activity in the house was a natural occurrence in the house while growing up and Barbara believed everyone’s house had activity just like hers.

Barbara McBeath has independently researched and studied the spirit & ghost phenomena for over 50 years. She has conducted lectures and presentations and has conducted ghost tours at locations where the ghost phenomenon has been experienced by many different people over many, many years. She has also been a co-spokesperson on behalf of the Ghost Investigators Society in a USU documentary, on television, and on radio.

She is leery of anyone who claims to be a so-called expert in any aspect on the subject of ghosts and hauntings. She believes that there are too many unknowns about it for anyone to claim such a title. Barbara believes that a ghost is the essence, or conscious soul of a person who has lived on this earth. A ghost had a physical body but the consciousness continues after death. She believes that whatever kind of personality we have while we are physically alive continues, and is still retained after physical death, or at least fragments of it. The EVP’s that have been recorded have every range of emotion and personality which clearly comes through those recorded, strange sounding voices captured by her and The Ghost Investigators Society.

Barry Boris spent his school years growing up in New Jersey after a paranormal experience at a young age. Ever since, his curiosity with the paranormal continued to grow. He would read, or watch anything relating to ghosts; even after entering the military in 1972. He would be working a late shift alone in the hanger, reading 50 Great Ghost Stories. Many years later he relocated to Utah. One night while doing some research on his PC, he came into contact with some local investigators, and after meeting up with them a friendship was formed. Soon afterward, Barbara, Roger, Brendan, and Jenny founded the Ghost Investigators Society. Later Barry was asked to become a member, and has been involved as a paranormal investigator with them for 17 years.