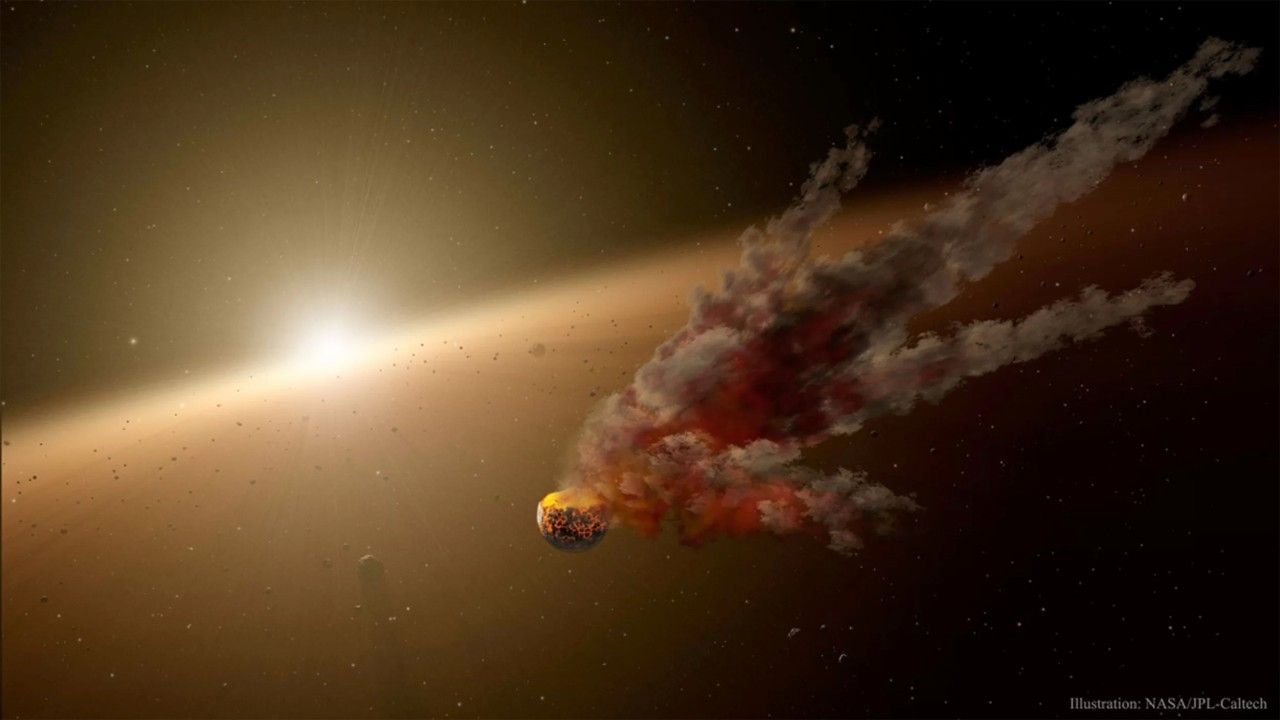 A bizarre flicker of light from space led to the discovery of a still-mysterious star called KIC 8462852, otherwise known as “Tabby’s Star,” “Boyajian’s Star” or the star surrounded by an “alien megastructure.”

The star and its weird flicker have been generating headlines since 2015, when the object was first observed. That year, the Kepler Space Telescope, which trails Earth as the planet orbits the sun, was looking for Earth-like planets around thousands of stars when it spotted KIC 8462852.

Ordinarily, a planet that passes in front of a star dims the light reaching Earth from that star, a small dip that recurs at regular intervals. KIC 8462852 didn’t have that sort of dimming. For starters, the star dimmed more than it would if a planet were passing in front of it; planets might cut a star’s brightness by 1 percent if they are huge, like Jupiter. KIC 8462852’s light dipped by up to 22 percent. On top of that, the pattern of changes wasn’t regular, as it would be if a planet were passing in front of the star.

There are several ideas about what the source of the brightness changes could be. Explanations include fragments of comets, a Saturn-like ringed planet or an asteroid field produced as a planet disintegrates. Generally, astronomers don’t think it’s aliens. And lately, some researchers have proposed that it is an irregularly shaped dust cloud.

Initially, though, some speculated that the star could be harboring a megastructure: a gigantic construction built by an alien civilization that is orbiting around the star. Such a structure could explain the patterns in the star’s light.

But science-fiction fans want to know — if it was an alien structure, how big would it have to be to create the light-dimming scientists observed? KIC 8462852 is an F-type star, hotter than the sun and about 1,300 light-years away from Earth, where 1 light-year is about 5.9 trillion miles (9.5 trillion kilometers). However, that distance is an estimate, and the star could be as far away as 1,680 light-years and as close as 1,030. The star is about 1.43 times the sun’s mass and 1.58 times its diameter — so it’s about 1.37 million miles (2.2 million km) across. (To get an idea of how big that is, about the 455 United States, lengthwise, could fit inside this alien megastructure.)