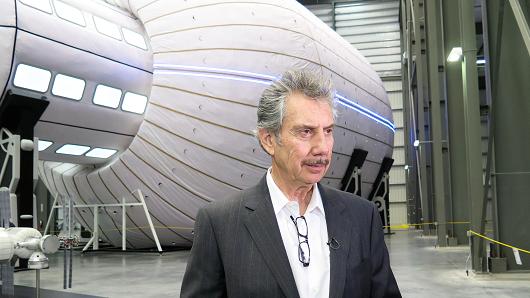 May 30, 2017 Las Vegas, Nevada – During the recent Memorial Day holiday on Sunday, May 28, 2017, the CBS network’s highly credible news program 60 Minutes had a segment reported by correspondent Lara Logan with Robert Bigelow, 73. Mr. Bigelow is the founder of Bigelow Aerospace and longtime owner of Budget Suites of America, a chain of nineteen low budget, long-stay rental apartments in three states.

In conjunction with the May 28th 60 Minutes CBS broadcast, the network also produced on its news website a May 28, 2017, report of the Lara Logan interview entitled “Bigelow Aerospace Founder Says Commercial World Will Lead In Space.” Logan says in the report, “With no formal training in science or engineering, Robert Bigelow created an aerospace company with scientists and engineers that’s achieved what no one else in the industry has done. His expandable spacecraft are the first and only alternative to the metal structures that have housed every astronaut in space for over half a century.”