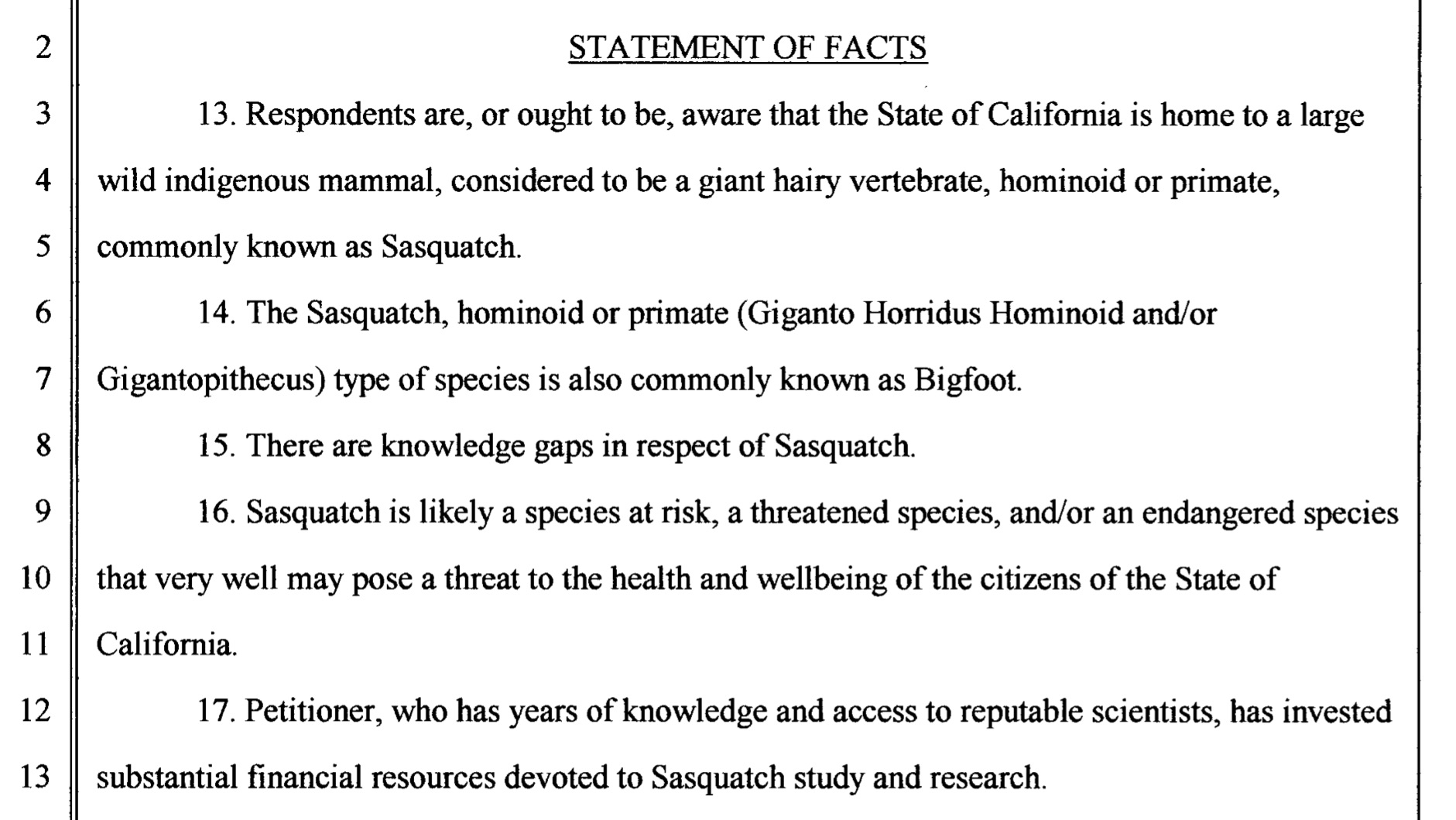 A California woman who claims she saw Sasquatch perched in a tree last year is suing California for refusing to accept what she now knows to be true: Bigfoot inhabits the San Bernardino mountains.

Claudia Ackley – who has been researching Bigfoot for the last two decades – was hiking with her two daughters, aged 11 and 14, near Lake Arrowhead last March when her children became paralysed with fear, Ackley told local news outlets. At first Ackley assumed they had seen a bear, but she then observed what appeared to be an approximately 360kg creature resembling a hairy Neanderthal just a few metres away, about 9m up in a tree.

Once she and her daughters were safe, Ackley called authorities to report the Sasquatch sighting, but they insisted she had seen a bear. That denial inspired Ackley to file a lawsuit against the California Department of Fish and Wildlife and the state Natural Resources Agency last month, accusing California of dereliction of duty for failing to protect Bigfoot and infringing on her constitutional rights.

Today, we are proud to share that lawsuit with you.