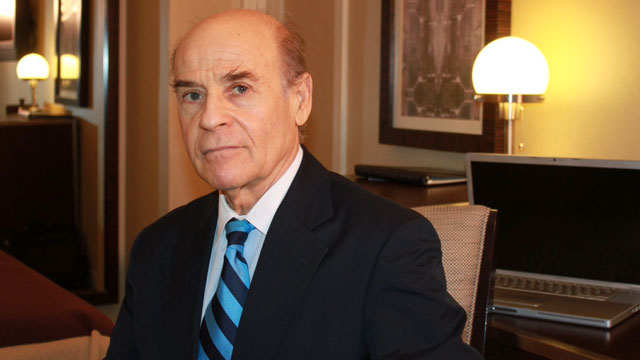 Dr. William J. Birnes is a New York Times bestselling author and ufologist who has written and edited more than 25 books covering subjects of human behavior, true crime, current affairs, history, psychology, business, computing, and the paranormal. He has worked as the creator, consulting producer, writer, and lead host of History Channel’s UFO Hunters. He is co-creator and guest expert of History’s Ancient Aliens, and was currently featured as a commentator on Discovery’s Unsolved NASA Files.

Dr. Birnes received his Ph.D. from New York University in 1974 while he was an Instructor of English at Trenton State College. He taught structural linguistics and historical linguistics as well as literature and writing. He was a National Endowment for the Humanities Fellow, a Lily Post Doctoral Research Fellow at the University of Pennsylvania, and a grants award judge for the National Endowment for the Arts.

“NASA’s Unexplained Files” on the Discovery Science Channel. Just completed season 4 and soon will set up for season 5

“American Masters, the Life of Actress Hedy Lamarr” and how she invented the technology that today is the basis for military communication, radio guided weapons, and even our smart phones.

“Dr. Feelgood:” A documentary about Dr. Max Jacobson who brought methamphetamine to America and was the poster boy for Nixon’s War on Drugs. How much of America has changed as the result of Dr. Max Jacobson.

New Books and Books in Progress:

Psychiatric Criminology, about the epidemic of mental illness in America and its impact on crime. Contains information on police shootings of unarmed individuals acting strangely, corrections issues, homelessness, school and workplace shootings, and military veterans’ issues.

Beyond Columbo: The Life and Times of Peter Falk, the story of the actor who inhabited the role.

The Life and Times of Robert Cummings: A Tale of Hollywood, about how Cummings succumbed to the treatments from Dr. Feelgood and how it ruined his life.