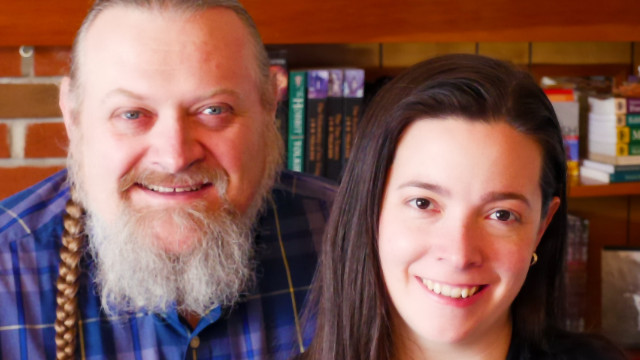 Does Bigfoot exist, are they flesh and blood, interdimensional beings, Alien, or something else?

Bill Lancaster will examine the evidence and testimony of those who have observed strange phenomenon in relation to this elusive creature, he will also discuss the various systems of belief among the Bigfoot community of researchers.

BIO:
Bill and Amy Lancaster are a husband and wife team living in Southwest Virginia. Together they are small business owners who also enjoy following cryptozoology and other fringe subjects. With Bill’s background in Photography the couple decided to venture into movie making as a way to further engage their interests. ” Cultured Bigfoot” is the result of this inspiration. Bill and Amy hope to use the experience gained from this their first documentary to further develop their shared passion into future film projects.

Their follow up film in their Bigfoot Trilogy is up next “Paranormal Bigfoot” and it is due for release on DVD and Amazon Jan. 18 2019. In this film they look deeper into the Bigfoot Community at what some refer to as the “Woo Crowd”. Taking an open minded unbiased approach at the subject they were able to include many well known researchers in the field, published authors, Professors, and boots on the ground. The cast includes, Bob Gimlin, Russell Acord, Ron Morehead, Stan Gordon, Tony Merkel, Christopher Noel, David Bakara, Arla Collete, Professor Darby Orcutt, and Avis Bailey. Be prepared to open your mind and think deeper into just what this elusive creature is.