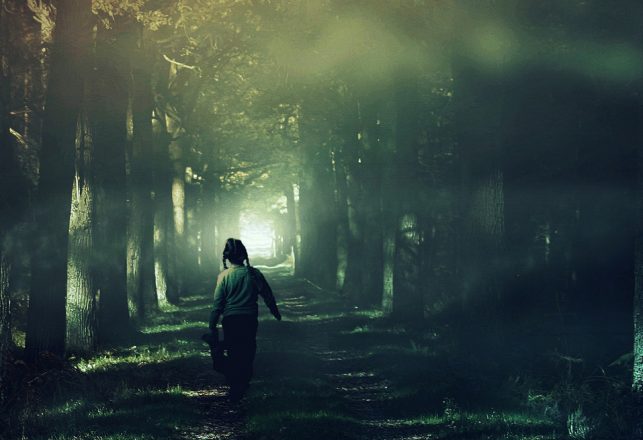 Back in 2012, David Weatherly’s then-much-awaited book, Black Eyed Children was published. So, you may well ask, why am I mentioning this now, six years later? The answer is simple: Just recently, David decided to put out a new version of the book, a revised 2nd edition, and which has a cool cover courtesy of Sam Shearon. If you aren’t fully conversant with the BEC phenomenon, the sub-title to the new edition will give you a good idea of what you can expect in its 240 pages: “The B.E.K.s – They Reside On The Fringes Of The Paranormal. Are They A Diabolical Threat, Or The stuff Of Urban Legend?”

As I have noted in several of my books and articles over the years, the Black Eyed Children are, in many ways, similar to the Men in Black (no, not the Will Smith-Tommy Lee Jones type. The very weird, pale, cadaverous and creepy types are the ones I mean). The BEC so often turn up at night, knock on peoples’ doors and do their absolute utmost to try and get an invite inside. Fortunately, most people get a distinctly weird and creepy vibe from the BEC, something which generally ensures the “kids” don’t manage to get into the home of the targeted person. On occasion, however, some unfortunate souls have seen exactly what the BEC are capable of when they succeed in getting inside.

In his book, David not only provides us with numerous eyewitness-reports of encounters with the BEC, but also theories for what they might be. Those theories that David takes a look at include Changelings, Hungry Ghosts, the Djinn, Alien-Human Hybrids, Tricksters and more. But, there is one particular section of the revised Black Eyed Children that I want to draw your attention to. It’s a brand new section that deals with a man named Brian Bethel.