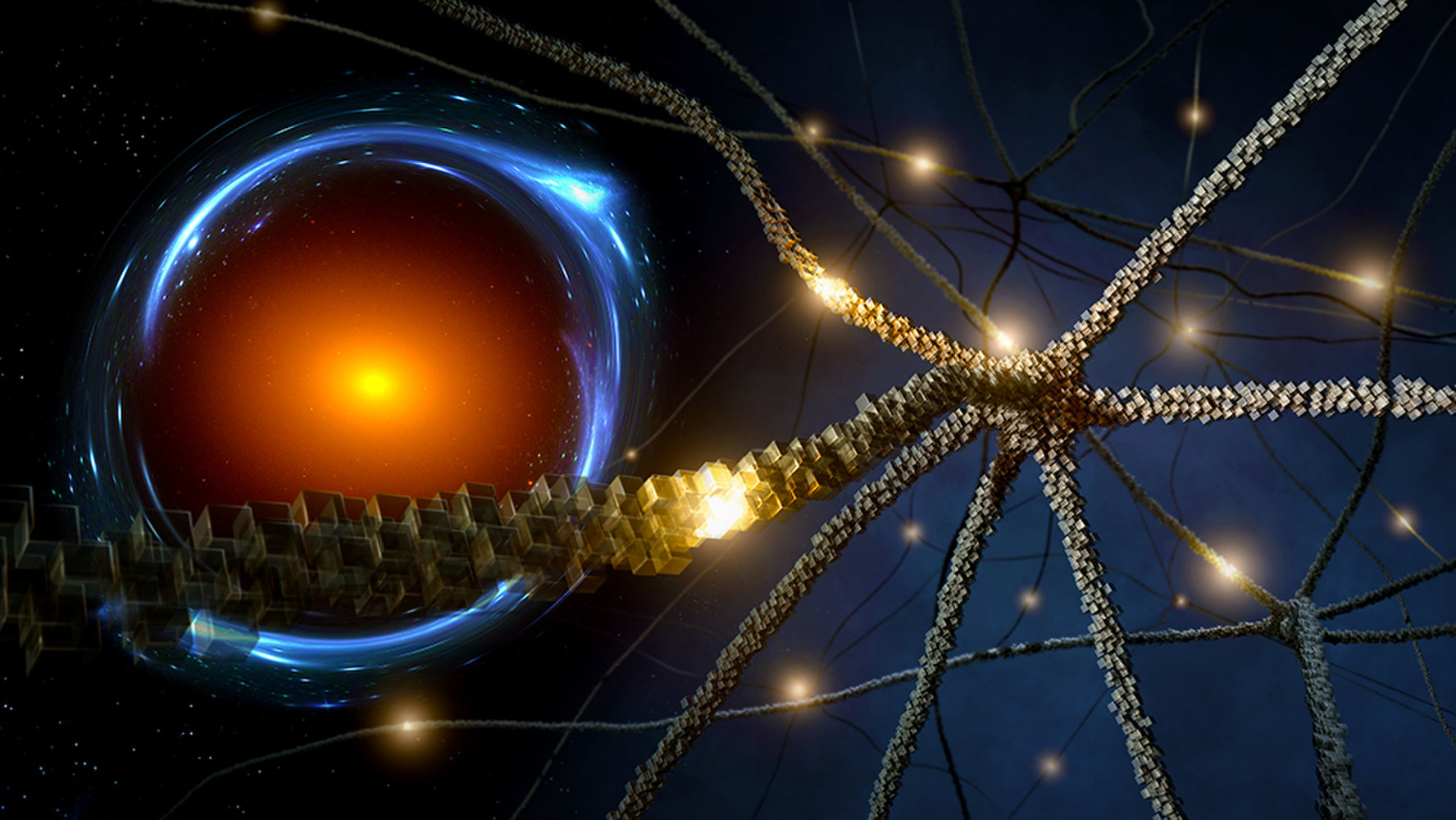 Researchers have used brain-like “neural networks” to analyze key distortions in space-time 10 million times faster than conventional methods can do so.

The new study trained an artificial-intelligence system to examine features called gravitational lenses in images from the Hubble Space Telescope as well as simulated images. The process could give researchers a better glimpse of how mass is distributed in the galaxy, and provide close-ups of distant galactic objects.

“Analyses that typically take weeks to months to complete, that require the input of experts and that are computationally demanding, can be done by neural nets within a fraction of a second, in a fully automated way and, in principle, on a cell phone’s computer chip,” Laurence Perreault Levasseur, a co-author of the new study, said in a statement. Perreault Levasseur is a researcher at the Kavli Institute for Particle Astrophysics and Cosmology (KIPAC), which is a joint institute of the U.S. Department of Energy’s SLAC National Accelerator Laboratory and Stanford University in California.

Chance alignments of dense objects and background galaxies can create gravitational lenses — a natural magnification of the background as its light bends around the foreground’s mass. The distorted ring of light that results, sometimes called an Einstein ring, can be analyzed to learn about both the distant system itself and the mass of the object passing in front of it. This is particularly handy for understanding dark matter, which, although it cannot be observed directly, can act as the “lens” to focus background galaxies.

Scientists are discovering more and more of these lenses in data from telescope surveys, SLAC researchers said in the statement. However, analyzing the systems to learn about the objects’ properties has been a long, tedious process of comparing the lens images with simulations and trying to re-create the conditions that caused them.