Dr. Maccabee discusses a number of topics including the ‘Tic Tac’ UFO incident, the ongoing high-level UFO government coverup, along with determining the validity of UFO photographic evidence and other topics.

U. S. Navy Research Physicist Bruce Maccabee is an author of several books and received his Ph.D. in Physics from American University, Washington, D. C., in 1970. He was hired by the U. S. Department of Navy to be a physics researcher at what was then called the Naval Ordnance Laboratory (NOL). That name was later changed to the Naval Surface Warfare Center, Dahlgren Division where he has worked ever since. Dr. Maccabee says, “With FOIA releases and document leaks, we’re learning more about what happened years ago than they knew years ago.”

Dr. Bruce Maccabee spent his early year in Rutland, Vt. After high school he studied physics at Worcester Polytechnic Institute in Worcester, and then at The American University, Washington, DC where he received his M.S. and Ph. D. in physics. In 1972 commenced his long career at the Naval Surface Warfare Center, presently headquartered at Dahlgren, Virginia. He has worked on optical data processing, generation of underwater sound with lasers and various aspects of the Strategic Defense Initiative, SDI and Ballistic Missile Defense, BMD using high power lasers. Bruce Maccabee has been active in UFO research since late 1960s when he joined the National Investigations Committee on Aerial Phenomena, NICAP and was active in research and investigation until its demise in 1980. He became a member of MUFON in 1975 and was subsequently appointed to the position of state Director for Maryland, a position he still holds. In 1979 he was instrumental in establishing the Fund for UFO Research and was the chairman for the about 13 years. He presently serves on the National Board of the Fund.

His UFO research and investigations, which are completely unrelated to his Navy work have included the Kenneth Arnold sighting (Jun 24, 1947), the McMinnville, Oregon (Trent) photos of 1950, the Gemini 11 astronaut photos of September, 1966, the New Zealand sightings of December, 1978, the Japan Airlines, JAL1628 sighting of November 1986, the numerous sightings of Ed Walters and others in Gulf Breeze, Florida, 1987 – 1988, the Red Bubba” sightings,1990-1992 (including his own sighting in September, 1991), the Mexico City video of August, 1997, the Phoenix lights sightings of March 13, 1997 at 10 PM, the Mexican Air Force case of March, 2004, the Iran Jet Case of Sept. 1976 and many others. He has also done historical research and was the first to obtain the “flying disc file” of the FBI the REAL X-Files!.

Dr. Maccabee is the author or coauthor of about three dozen technical articles and more than a hundred UFO articles over the last 25 years, including many which appeared in the MUFON Journal and MUFON Symposium proceedings. He is co-author with Edward Walters of UFOs Are Real, Here’s The Proof, he is the author of The UFO/FBI Connection and he is the author of novel, Abduction in My Life, He is listed in Who’s Who in Technology Today and American Men and Women of Science an he has appeared on numerous radio and TV shows and documentaries. 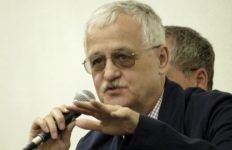