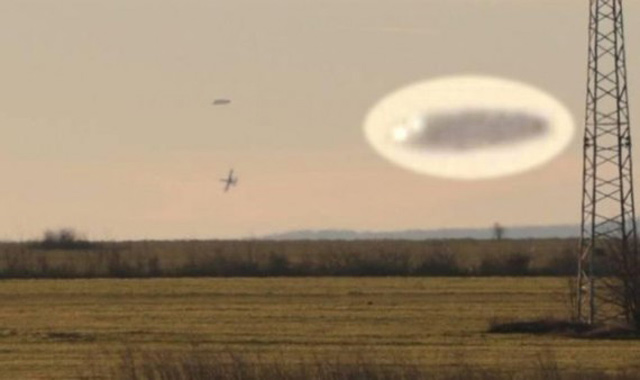 According to a Bulgarian news source, warplanes pursued a disc-shaped UFO over Nova Zagora, Bulgaria on January 14th, 2016. This occurred very close to a mysterious, futuristic, disc-shaped building on the top of a mountain that was used briefly by the Bulgarian Communist Party before being abandoned. Is there any connection?

The website Portal12 showed photographs taken on January 14th of what it said were two warplanes pursuing an unidentified flying object near Nova Zagora, a town in southeastern Bulgaria. The UFO and planes were reportedly seen by “many” witnesses in Nova Zagora as well as the surrounding villages of Stoil Voyvoda, Zagorci and Han Asparuhovo. One witness described what happened:

Within about five minutes, the object suddenly changed its location, which caused spectacular maneuvers by two military aircraft.