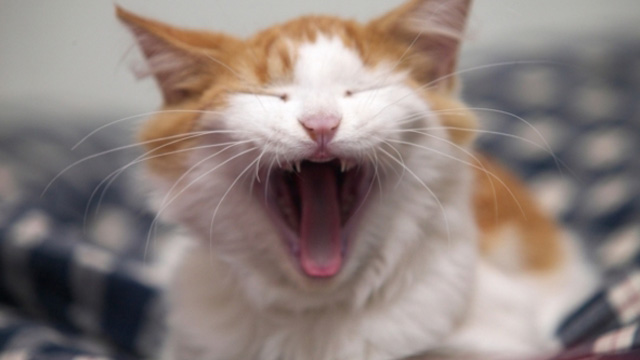 I recently got a new couch, which was a major event for two reasons: first, my husband and I are not big shoppers, so finding a couch that we both agreed on and then purchased was a low-level marital milestone. Go us. And then there was the cat factor.

While I regularly trim our cat’s nails, he is still a cat, which means scratching and stretching are part of what he must do to maintain membership in the Felis catus clan. As the couch-arrival-date neared, my anxiety grew. I started thinking of the couch as a ticking time bomb that would enter the house a pristine beauty, and within days, turn into a tattered, torn and shredded mess, a cat’s delight. Was there any stopping this cat-meets-couch love affair? What were we thinking bringing a new couch into a house with a cat? We should just sit on the floor.

Before wading too far into the deep end — as I am wont to do — a wave of reason returned: the couch was not our enemy. Josh (the cat) and I were better than this, and together we could take on the couch and both be happy.