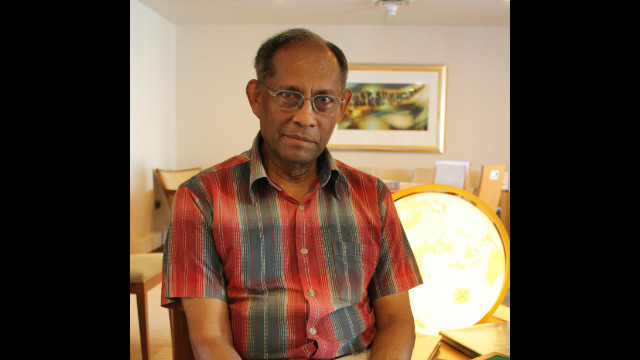 Professor Chandra Wickramasinghe explains the origins of the Panspermia Theory in the work of the late Sir Fred Hoyle, he will reveal the vast body of evidence that has accumulated over the past 4 decades in favor of the cosmic origins of life, including viral inserts found in DNA that have shaped our human genome over millions of years. He will show how the tiniest of viruses, microscopic animals (Tardigrades), and even seeds have been found to be natural cosmonauts.

Chandra Wickramasinghe was born in Sri Lanka and was educated at Royal College, Colombo and later at the University of Ceylon. He is acknowledged as a leading expert on interstellar material and astrobiology. He has made many important contributions in these fields, publishing over 250 papers in major scientific journals, over 75 in the journal Nature. In 1974 he first proposed the theory that dust in interstellar space and in comets was largely organic, a theory that has now been vindicated.