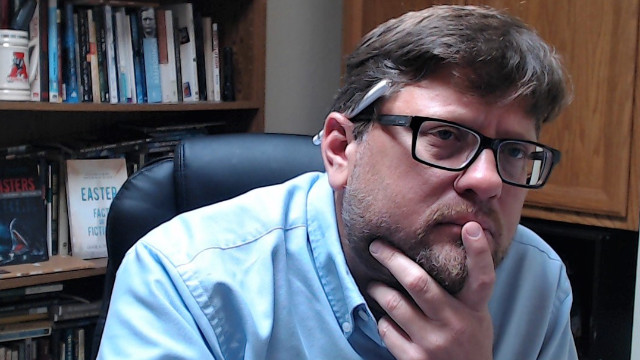 Did you know that the Bible talks about ghosts, dragons, demons, giants, zombies and other monstrous creatures? Join Pastor and College Professor Thompson to discusses all of the strange and mysterious supernatural beings in the Bible.

Chase A. Thompson is a writer, pastor, college professor, father, husband and podcaster from Birmingham, Alabama. Chase and his wife Janet have five children. He graduated from Samford in 1994 with degrees in History and Philosophy. Following that, He earned an M.Div and another Master’s degree, splitting time between Beeson Divinity School, Liberty Theological Seminary and New Orleans Baptist Theological Seminary. He has been involved in pastoral ministry for over 25 years, currently pastoring Valley Baptist church in Salinas, California.