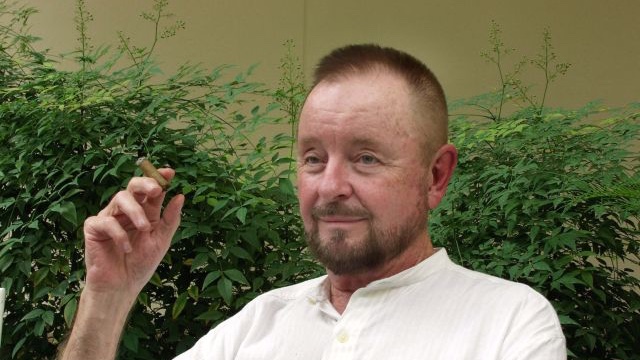 Every single year the topic of UFOs continues to gain traction with regards to credibility and evidence. A lot of information has emerged over the past few years that has taken these subjects out of the ‘conspiracy theory’ realm and into ones of serious inquiry.

This particular story originates from the US governments Stargate Program, which lasted more than two decades. The program studied various topics within the dimensions of parapsychology, such at telepathy, psychokensis, remote viewing and more.

It’s an excellent example of unacknowledged and waived Secret Access Programs. These programs do not exist publicly, but they do indeed exist. They are commonly referred to as ‘deep black programs.’ A 1997 US Senate report described them as “so sensitive that they are exempt from standard reporting requirements to the Congress.”

A gentlemen by the name if Ingo Swann (seen in the picture above) was one of multiple main participants within the program within ‘special abilities.’

Swann was able to successfully describe and view a ring around Jupiter before scientists had no idea it existed.

This took place precisely before the first ever flyby of Jupiter by NASA’s Pioneer 10 spacecraft, which confirmed that the ring did actually exist. These results were published in advance of the rings’ discovery.

This was one of many successful ‘hits’ that came out of the Remote Viewing program. It was quite a successful program, which is why it ran for 25 years. A lot of controversy surrounded its termination, and who knows how much of what these findings uncovered remain classified. United States Major General, Albert Stubblebine, was a major proponent of these programs, and one of America’s most distinguished soldiers with more than than 16,000 soldiers under his command. He said that they uncovered structures on the surface of Mars, as well as on the interior that were not built by humans.

What was not published in the literature, after it was declassified, were Swann’s experiences in the world of intelligence. He did, however, write a book called Penetration where he detailed some of his experiences, and many of them dealt with UFOs as well as extraterrestrials.