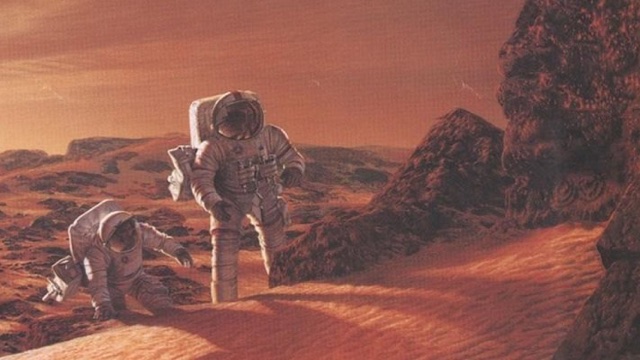 Agency psychics traveled back to the year one million B.C. to talk to the “ones who sleep through the storms”

Backing up a bit – by the mid-’80s, the Agency’s remote viewing program, perhaps a bit bored of doodling pictures of feet and squiggles, decided to set their second sight on something a tad more exciting – the planet Mars, in the year one billion B.C.

As most of these exercises were attempts to gauge the accuracy of psychic readings, it’s a little odd they’d choose a a subject that’s pretty damn near impossible to get a second opinion on, but that’s neither here nor there. Besides, the remote viewer immediately hit it out of the park, describing the famous Okra Pyramids of Mars.

Shortly into the session, the viewer stumbled upon what appeared to be native life – a tall, thin people with strange clothes. The monitor, understandably excited at the prospect of psychic first contact, pressed further.