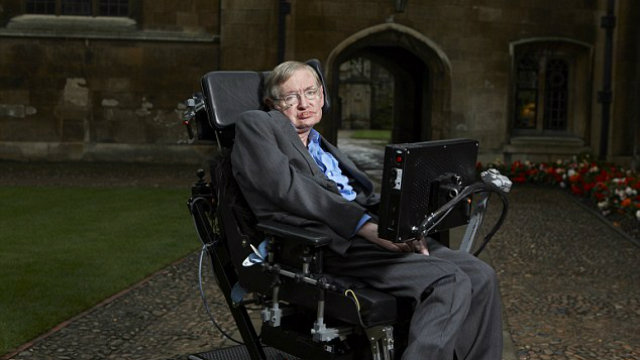 In the 1970s, Stephen Hawking, who died on Wednesday age 76, turned the physics world upside down when he announced that black holes aren’t so black after all, and that some light can in fact escape the singularity’s edge, called the event horizon.

That bombshell, which inspired a whole new way of looking at black holes through a quantum lens, would certainly not be the last time Hawking made shocking pronouncements about the nature of the cosmos.

Here, we revisit some of the most famous wagers and provocative statements that Hawking made during his more than 40 years of public life.

To those familiar with Hawking’s work, which focused on the mysteries of black holes, it may be surprising that Hawking once bet against their existence. But the mischievous cosmologist had a long history of high-profile scientific wagers—many of which he has lost.

On December 10, 1974, Hawking made a bet with Caltech theoretical physicist Kip Thorne over whether Cygnus X-1, a massive x-ray source in our galaxy, was a black hole. Both were fairly certain it was. But when push came to shove, Hawking bet against Cygnus X-1.

“This was a form of insurance policy for me. I have done a lot of work on black holes, and it would all be wasted if it turned out that black holes do not exist,” Hawking wrote in his 1988 book A Brief History of Time. “But in that case, I would have the consolation of winning my bet, which would win me four years of the magazine Private Eye.”

Nowadays, the object is widely accepted to be a black hole. What’s more, the discovery of gravitational waves in 2016 all but confirmed black holes’ existence.