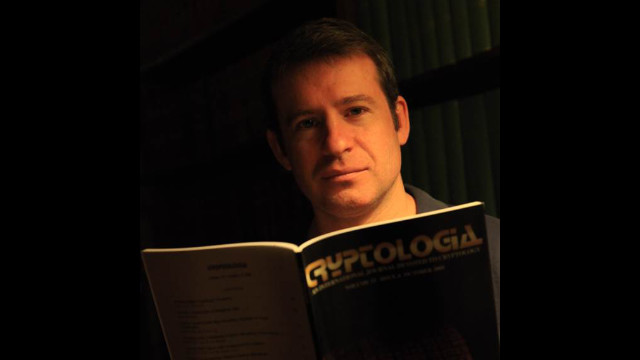 Tonight begins with an explanation into the basics of cryptology, and then we explore the history behind an array of unsolved ciphers. We will look at ancient ciphers, ciphers created by artists and composers, ciphers left by killers and victims, Cold War ciphers, and many others. Some are infamous, like the ciphers in the Zodiac letters, while others were created purely as intellectual challenges.

Dr. Craig Bauer is professor of mathematics at York College of Pennsylvania and an expert on codes and ciphers (a field known as cryptology). He is the editor-in-chief of Cryptologia, a journal devoted to all aspect of cryptology and was a Scholar-in-Residence at the National Security Agency’s Center for Cryptologic History. He is the author of two books: Secret History: The Story of Cryptology and Unsolved! The History and Mystery of the World’s Greatest Ciphers from Ancient Egypt to Online Secret Societies.