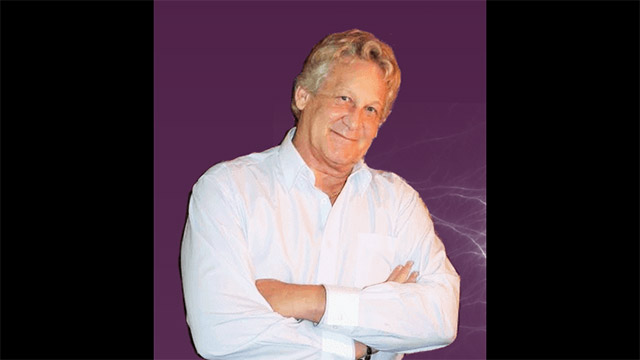 Dannion Brinkley is an internationally renowned speaker and New York Times bestselling author in the fields of spirituality, and the near-death experience and end-of-life care. In issues surrounding the death process, he is one of the premiere crusaders on behalf of hospice and palliative care, and is a leading expert on grief and bereavement. Dannion is also a driving force in the integration of complementary and allopathic medicine.

He is the author of 3 books, with his first, Saved by the Light, selling over 20 million copies. In this highly acclaimed 1994 classic, Dannion shares the story of his death, and subsequent journey to the Other Side, after being struck by lightning, in 1975.

Saved by the Light, was produced as a movie of the week, by the Fox Television Network, in 1995, and is one of the most watched films in television history. That same year, Dannion’s second book, At Peace in the Light, was published.

Dannion had a third near death experience in 1997, and the surprising lessons he learned are outlined in his third book, Secrets of the Light, co-authored by his wife, Kathryn. This successful husband and wife writing team are currently working on their next book, Ten Things to Know Before You Go!

As the son of a WWII veteran, and a former Marine himself, Dannion holds our nation’s veterans very close to his heart. To show his deep respect and appreciation for our men and women in uniform, he co-founded The Twilight Brigade. His non-profit organization trains volunteers to be a loving presence at the bedside of those veterans making their transition, from this world to the next. Over the last 20 years, The Twilight Brigade has trained over 6,000 volunteers to do this invaluable work.