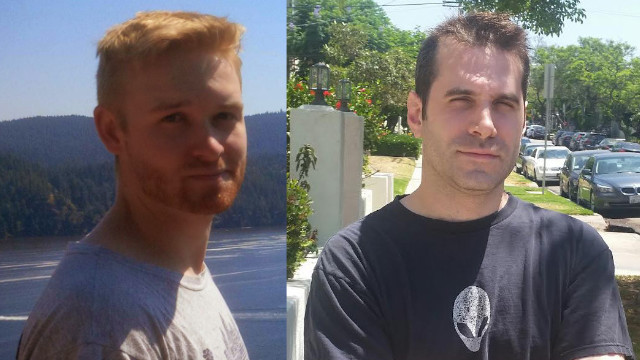 Alien Abductions. Which ones are credible? What are they like? Join Darcy Weir and Lee Lustig as they discuss their newest documentary, Beyond the Spectrum: Being Taken. They will cover the rich and detailed history of supposed alien abductions and the most credible cases from a whole new perspective.

BIO:
Darcy Weir is an independent documentary filmmaker from Canada who has been following off beat and paranormal phenomena since 2011. Last year he published a remastered version of an earlier film about Phil Schneider with the help of Lee Lustig. He also published a Secret Space documentary called Beyond The Spectrum in 2017 which is part of a new series of films.

Trained as a video editor, writer, director and producer in university and technical college, he has chosen to work on some of the more fascinating subjects that are discussed today. He is currently working on a documentary about Bitcoin and a new film with Lee called Beyond The Spectrum: Being Taken which is about the abduction phenomenon.

Lee Lustig is a screenwriter, editor, composer and voice actor based out of Los Angeles. Lee has worked extensively as an editor and assistant editor on a handful of reality and documentary TV shows, including the 2012 Emmy winner “Last Shot with Judge Gunn”, “Morgan Freeman’s Story of God”, “Shark Week”, and more. Lee has also helped create several documentaries relating to the UFO phenomenon including “The Underground” and “Beyond the Spectrum.” He was also one of the editors on the 2013 “Citizen Hearing on Disclosure” DVD box set, and continues to pursue projects related to this topic. His current efforts include the film “Beyond the Spectrum: Being Taken” along with his personal YouTube channel and Bandcamp music page.