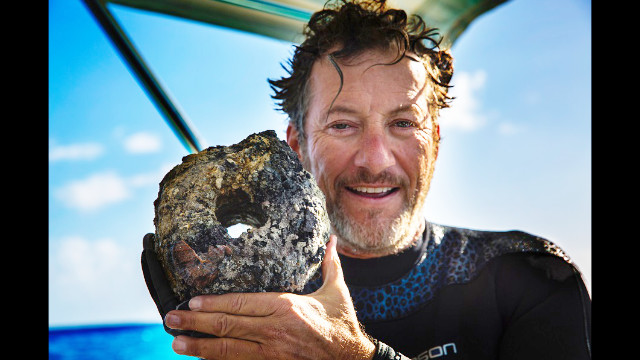 In hour 1, Darrell Miklos was filming for his show Cooper’s Treasure when he came across what appears to be a huge alien spaceship surrounded by remnants of an ancient civilization.

Darrell Miklos hails from a family of treasure hunters who engaged in several successful underwater historical shipwreck recoveries in the 1960’s & 1970’s. Darrell became interested in treasure hunting at a very young age while recovering spent booster rockets for NASA’s Apollo Program with his father.

Today Darrell is working on a project based on his close relationship with the late astronaut Gordon Cooper covering the decades of research they worked on separately and together regarding multiple anomalies recorded by Gordon Cooper on his Mercury 9 Faith 7 space flight in May of 1963.