Dave Schrader has been one of the leading voices of the paranormal since 2006 when he launched his wildly popular talk show, Darkness on the Edge of Town on Twin Cities News Talk – Minneapolis’s top-rated AM talk station. The show grew to become one of the station’s most successful shows and most-downloaded podcasts, expanding Schrader’s reach globally. Seeing an opportunity, Schrader moved his show to Chris Jericho’s network of shows on PodcastOne, where he further expanded his worldwide audience. Add this to his duties as a recurring fill-in host for the internationally-syndicated Coast to Coast AM talk show, and you get the picture of a serious paranormal insider.

Schrader has interviewed hundreds of guests, from the biggest names in research and entertainment, to everyday people who have a profound story to share. He delves into the unexplained with an open mind, yet he’s not afraid to ask the tough questions when his guests present remarkable claims. He’s the co-author of the book The Other Side, he’s contributed to TAPS ParaMagazine, he co-hosted the Paranormal Challenge series on the Travel Channel, and he’s been featured on countless television, radio, and podcast programs as a paranormal expert. His appearances include: Travel Channel, A&E, plus ABC and NBC affiliates.

An active investigator, Schrader has explored some of the most famous and infamous haunts all over the world, from haunted castles in Europe, prisons in Australia, and UFO landing sites in the United States. He’s also a sought-after presenter on the paranormal, speaking at many conferences and programs each year. From a young age, Schrader listened to Art Bell explore these amazing topics. He’s honored to take the helm of Bell’s final contribution to paranormal talk radio, Midnight in the Desert.

Listen to Dave introduce himself on the first show (51 mins). 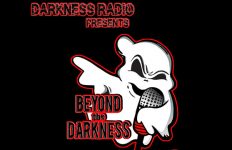 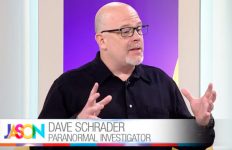 Dave promotes The Holzer Files on the Jason show (video)→ 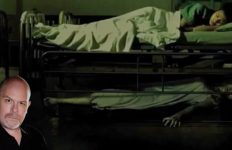 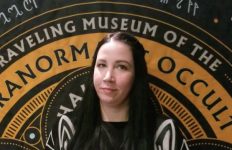