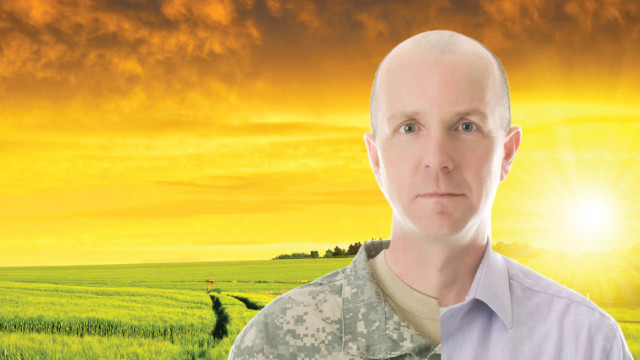 Dean McMurray was not always aware of his abilities to communicate with spirits and It wasn’t until after an overseas deployment with the Army that his spirit guides decided it was time for him to step into his gifts and they paid him a visit!

Spending most of his childhood in northern Minnesota, Dean McMurray developed a deep love for nature and his country. That love of country inspired him to enlist and serve 24 years in the United States armed forces. Dean’s service brought him overseas on several occasions, the last of which awakened his psychic abilities and set him on a new path in life… a new mission with new marching orders.

After returning from his last overseas tour, Dean’s deceased grandmother paid him a visit. She had a message for him: “You are a medium, Dean,and it’s time to get to work”. There were no words. No sound. But the message was as clear as any he’d ever heard. It came straight from his grandmother’s immortal heart to his own.