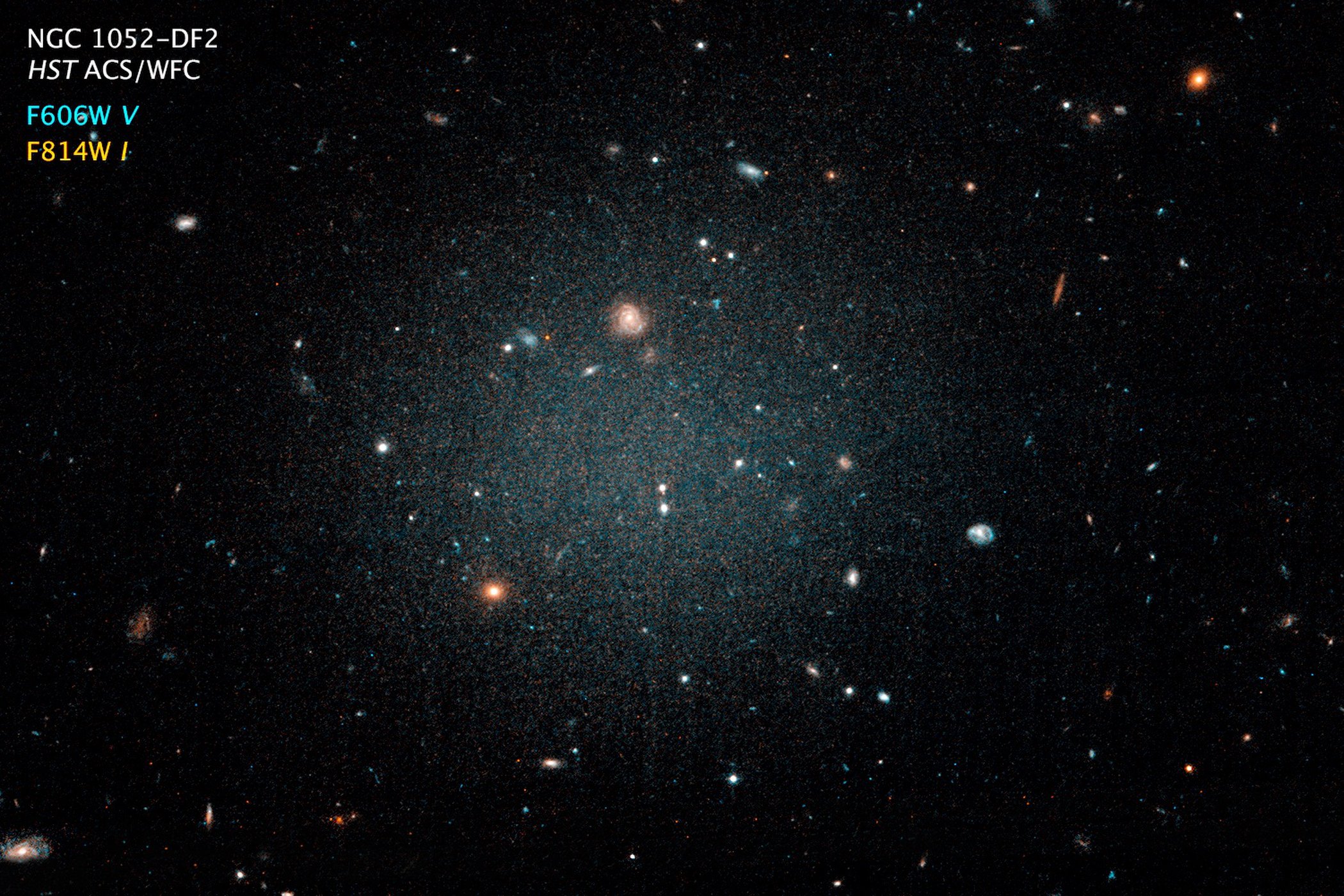 A unique galaxy is making the case for dark matter, even though it has very little of the mysterious substance. Astronomers have determined that the galaxy NGC 1052-DF2, or DF2 for short, has 400 times less dark matter than expected for an object of its size.
In addition to providing insight into how galaxies form, the unusual galaxy is helping strengthen the argument for the existence of dark matter, researchers said.

According to the new paper’s lead author, Pieter van Dokkum, a researcher from Yale University, the galactic find challenges the standard idea of how galaxies are born. While interactions between normal and dark matter have long been considered a key element in galaxy formation, the dearth of dark matter in this galaxy challenges that assumption.

“Dark matter is apparently not a requirement for forming a galaxy,” van Dokkum told Space.com by email.