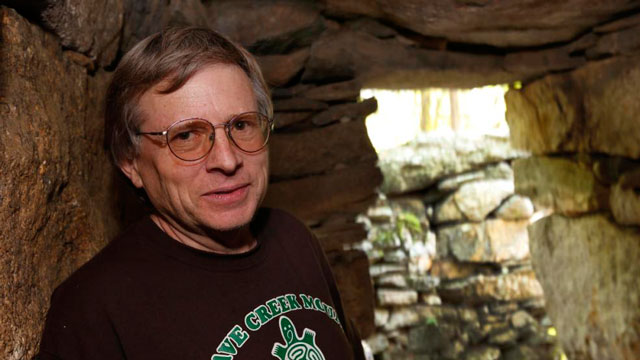 America’s Stonehenge is most likely the oldest man-made construction in the United States, dating back to over 4,000 years. What secrets are held within the labyrinth of man-made chambers, walls, and ceremonial meeting places? Though it is still unknown who built it, they must’ve been well-versed in astronomy, since the site also functions as an accurate astronomical calendar. It was, and still can be, used to determine specific solar and lunar events of the year. Appropriately named author Dennis Stone will talk about the mysteries behind Salem’s other point of interest, as well as his book, “America’s Stonehenge Souvenir”.

BIO:
Dennis Stone is the president of America’s Stonehenge. He graduated from Daniel Webster College in 1977 with a degree in Aviation Management, and was a full-time commercial pilot for over 35 years before his retirement in 2016. America’s Stonehenge was opened to the public in 1958 by Dennis’s father, Robert Stone. Dennis has been involved with America’s Stonehenge for most of his life and has always had a fascination with archaeology and archaeoastronomy. Since retiring, Dennis has found many serpentine walls and spirit windows throughout the site, among other new discoveries. He has taken numerous courses and traveled extensively to ancient sites both in the U.S. and internationally. His family includes his wife Pat, his son Kelsey, and his daughter-in-law Katherine. His hobbies include traveling, boating, and classic cars.