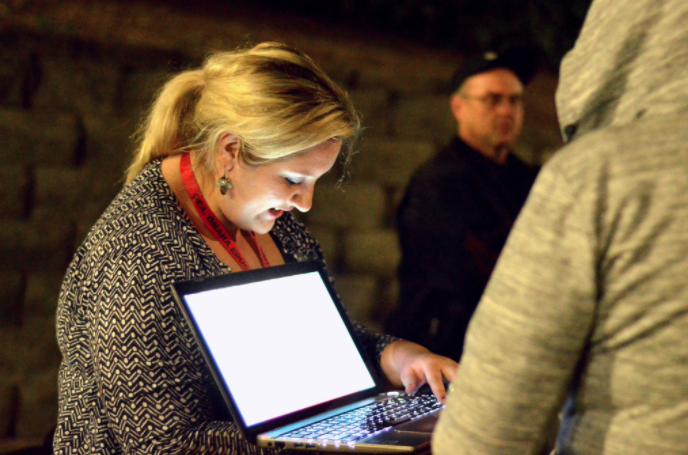 Paranormal investigators from the Omaha and Council Bluffs area came to the UNO campus on Oct. 13 (Friday the 13th) to present and discuss their paranormal findings.

Lisa Reda, and other members of the Society of Paranormal Investigators-Nebraska, presented a video detailing the group’s investigation of the infamous Villisca Axe Murder House. An old farmhouse in Villisca, Iowa where the unsolved murders of two adults and six children inside the house occurred. Reda and her team spent a night in the house, recording for paranormal activity. They gathered video, photos and sound bites that they believe prove that multiple spirits still haunt the premise.

“All six of the Moore family and two of the neighbor girls were all found slaughtered in their beds, and to this day it’s an unsolved murder, they have no idea who did it,” Reda said. “To this day it is the state of Iowa’s largest unsolved mass murder.”

The team captured multiple “orbs” on video and a few rather spooky audio clips, but perhaps the most unsettling piece of evidence was the outline of a small handprint on one of the investigator’s back. Laura Nicholson Wiese was in the barn near the Moore house when she felt what she described as a burning on her back. At first she thought she was having a reaction to an insect bite or had brushed up against something, but as the pain became more intense she investigated. Another investigator lifted up Wiese’s shirt and took a photo of her back. The team later examined the photo, which they presented at the summit, and found what appeared to be the outline of a small child’s hand in a raised, red mark on her back.