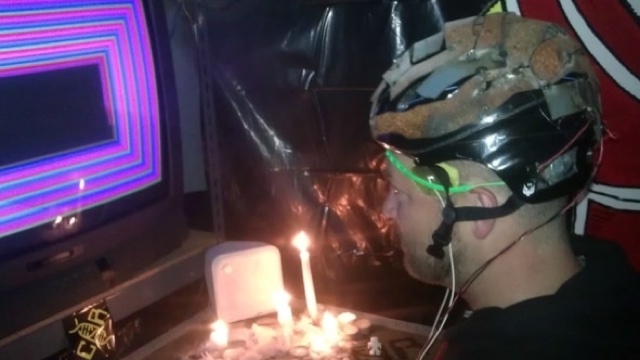 It began more than a decade ago, as engineers and hobbyists started getting increasingly enthralled with a jury-rigged electric technology that purportedly enhanced brain function. The movement is still growing, and the brain-zappers are no longer just young garage tinkerers—now they include older professionals who fork over hundreds of dollars for high-grade wearable systems. As scientists, clinicians and industry leaders study these fascinating but controversial mind-altering practices, one thing is clear: The idea of applying an electrical current to the scalp to boost learning or treat medical conditions in the comfort of one’s own home is gaining traction. But does it work?

This form of attempted brain hacking—known as transcranial direct current stimulation (tDCS)—is not as far-fetched as it might sound. The brain runs on electricity. Brain cells build up charges that impel chemical signals across synapses, the tiny gaps between neurons. When we learn something, the synapses involved become conditioned to fire more readily, and tDCS supposedly enhances that process. The tiny electrical currents tDCS uses—generally one to two milliamps—cannot actually trigger the chemical impulse that crosses a synapse, but some researchers believe tDCS strengthens synaptic connections to make learning more efficient. Small lab studies suggest it can improve vigilance and reaction times. “You get more bang for your buck” by combining tDCS with conventional training, contends Marom Bikson, a professor of biomedical engineering at the City College of New York.

The dawn of the noninvasive brain stimulation movement is widely attributed to a 2000 paper by German neurophysiologists Michael Nitsche and Walter Paulus. In a small study of healthy twentysomethings the scientists showed they could make neurons more or less excitable by sending weak electrical currents through the brain’s motor cortex. The effects lingered minutes after stimulation. Previously tDCS had only been studied in animals.