Steven M. Greer, MD is Founder of The Disclosure Project, The Center for the Study of Extraterrestrial Intelligence (CSETI), The Orion Project and Sirius Technology Advanced Research, LLC.

Father of the Disclosure movement, he presided over the groundbreaking National Press Club Disclosure Event in May, 2001. Over 20 military, government, intelligence and corporate witnesses presented compelling testimony regarding the existence of extraterrestrial life forms visiting the planet, and the reverse engineering of the energy and propulsion systems of these craft. Over one billion people heard of the press conference through the original webcast and on subsequent media coverage on BBC, CNN, CNN Worldwide, Voice of America, Pravda, Chinese media, and media outlets throughout Latin America. The webcast had 250,000 people waiting online – the largest webcast in the history of the National Press Club at that time.

He has worked for 17 years to bring together the scientists, inventors and leaders in society to advance new clean technology energy systems. He is considered one of the world’s foremost authorities on the strategic process of transforming our carbon-based civilization to a long-term sustainable civilization using innovative sciences and technology.

9/17/2013: Dr. Greer will be talking about New energy sources and plans for the New Energy lab in Virginia. 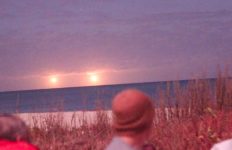