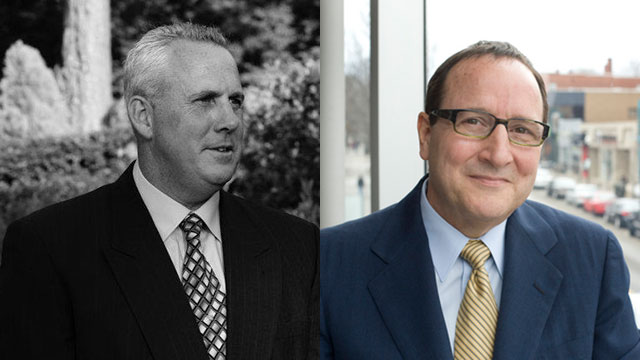 Ed Hashbarger is a father, grandfather, husband, retired police officer and disabled United States Marine Corps veteran. He is a Catholic by faith and a conservative republican.

Twelve years ago Ed and his wife purchased 40 acres in a small town in Ohio. They built their dream home and moved their family away from the industrialized steel mill town they had lived in while he was a police officer. On this small hobby farm Ed and his family raised llamas, goats and free range chickens and were living the American dream.

Everything changed for them five years ago, when the oil and gas industries moved into town. He and his wife decided to attend educational meetings associated with the potential impacts of oil and gas development in their community and the various topics associated with horizontal hydraulic fracturing to see how their country life would be affected. It was at one of these meetings early in the Marcellus development that Ed asked the question, “What if a landowner does not want to lease?” An industry representative told Ed, “We will take it anyway.” Ed left that meeting angry. That is not what he took the Marine Corps oath for. What about ‘life, liberty and pursuit of happiness’?

It was after that meeting that Ed used his skills as a police officer. He decided to investigate fracking as if he was investigating a criminal case. Ed educated himself in Ohio’s mandatory pooling and unitization laws as well as the permitting process. He researched the fracking process and the chemicals used, the amount of water used to frack a well, the disruption to a community with truck traffic, noise, lights, and air pollution.

That reply, “We will take it anyway”, led Ed to co-found the Jefferson County Ohio Citizen’s for Environmental Truth. Jefferson County Citizen’s for Environmental Truth is a group of concerned citizens dedicated to providing information regarding the dangers of hydraulic fracking, ground water contamination, noise and air pollution. Ed was appointed to the Jefferson County Gas Assessment Committee as a citizen representative. Ed hosted his own radio show ‘Lost America with Ed’ on Awakened Radio. He can be seen as the police chief in the anti-fracking movie Promised Land featuring Matt Damon. Ed is also engaged in public speaking events throughout Ohio, West Virginia and Pennsylvania regarding environmental impacts of fracking and the unconstitutionality of Ohio’s unitization laws.

Doug Shields had a twenty-year career on Pittsburgh’s City Council (1992-2012); serving twelve years as a Chief of Staff; and, eight years as a Member of Council, during which time he served two terms as the President of Council. Prior to entering public service he was an environmental law paralegal.

In August of 2010, he introduced the first in the nation ban of natural gas extraction by means of hydraulic fracking and, secured its passage on November 16, 2010, by a unanimous 9-0 vote of the Pittsburgh City Council. During his tenure on Council, Shields was recognized for his expertise in municipal finance, planning, zoning and land use matters. He also consistently championed social-justice issues. He was presented with Clean Water Action’s Dewey Award and CORO- Pittsburgh’s Martin Luther King, Jr. Leadership Award.

He’s currently consulting, teaching at Duquesne University’s School of Leadership and Professional Development and, has been a guest lecturer at the University of Pittsburgh’s Graduate School of Public & International Affairs and Institute of Politics, and The Heinz Endowment’s CORO program.