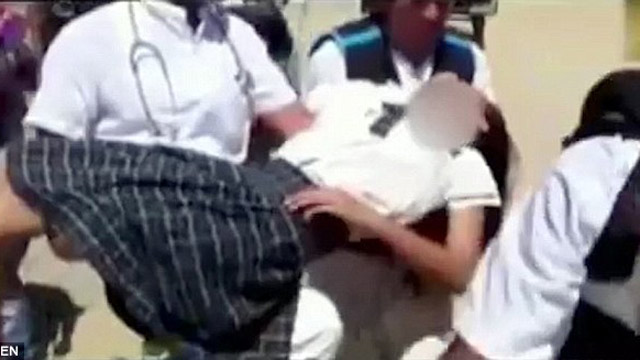 Scores of children at a school in Peru have suffered seizures and described visions of a man in black trying to kill them in what locals say was a mass case of ‘demonic possession’.

Disturbing footage has emerged of up to 80 students convulsing, screaming and fainting at Elsa Perea Flores School in northern Peru’s Tarapoto.

Experts are struggling to explain the hysteria that broke out at the school, which was reportedly built on a Mafia graveyard.

Dozens of youngsters have been experiencing the supposedly contagious ‘condition’ since it was first reported in April.

Children aged between 11 and 14 are reportedly fainting and having strong muscular convulsions.