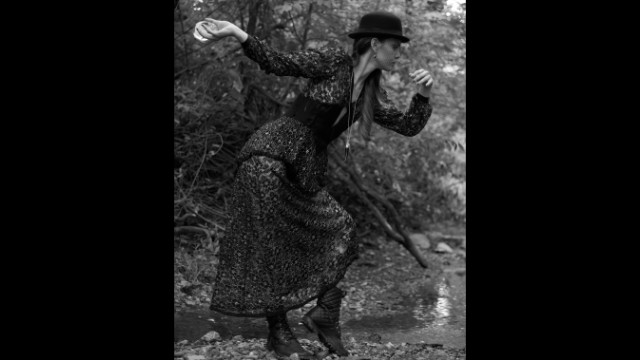 Elizabeth Saint is one of the stars of The Ghosts of Sheppardstown, co-founder of the very popular online paranormal entertainment  site, Vidi.Space and an innovator in ITC and communicating with spirits via electronic equipment.

BIO:
Elizabeth Saint is an Electrical Engineer, Film Actress, Paranormal Investigator, Television Personality from Destination America’s “Ghosts of Shepherdstown,” innovator of paranormal equipment, and President/Co-Founder of VIDI.SPACE (a new online streaming platform). A lover of technology at a young age, she pursued a Bachelor of Science in Electrical Engineering with a concentration in Electrical Systems. As an Engineer, Elizabeth has been awarded many professional opportunities, and one in particular that led her to start working for the Department of Defense in the Washington D.C. area.

Around the same time she started having an increase in explainable experiences at her apartment that led her to get more involved in the paranormal field. In her search for a local team of investigators, she found Maryland Paranormal Research® and immediately started taking on residential cases as a technician and investigator. Prior to working with MPR, Elizabeth had always demonstrated a sensitivity and fascination with the supernatural dating back to the manifestations and activity she first experienced in her childhood home back in the 1990’s growing up in south Jersey. After investigating Shepherdstown, West Virginia in 2015, Elizabeth was inspired to start creating her own paranormal equipment to use on investigations under the name Ghostly Gadgets. Since then she has been the Paranormal Investigation Producer for “Paranormal Lockdown” creating various technology and large experiments for the show. A little fun fact, Elizabeth has been struck by lightning three times.