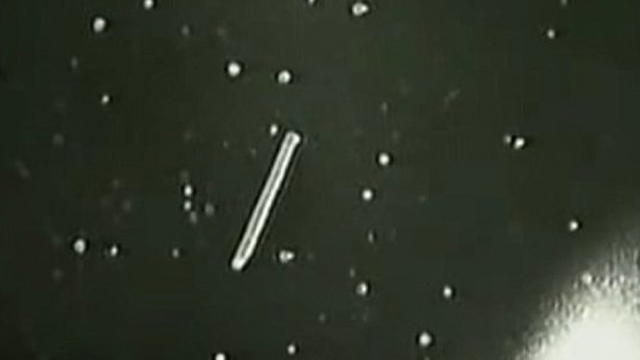 In the interest of being fair and balanced, here’s what former NASA employee James Oberg says about the mysterious white and flashing UFOs that have consistently been seen by the cameras on various space shuttles and on the International Space Station:

The first principle of space travel is that objects coming off a vehicle tend to fly along with it.

We now return to our regularly scheduled UFO coverage.

Wait, what? Space dandruff? Isn’t NASA supposed to provide explanations that are head-and-shoulders above the rest? (You knew it was coming).

James Oberg worked from 1975 to 1997 at Johnson Space Center and handled orbital rendezvous techniques for several missions. He also studied the Soviet and Russian space programs for NASA before leaving to become a journalist and historian. Sounds like good credentials to be a space object expert, right?