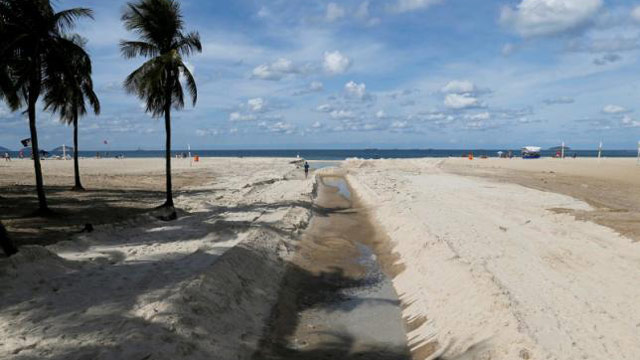 Scientists have found dangerous drug-resistant “super bacteria” off beaches in Rio de Janeiro that will host Olympic swimming events and in a lagoon where rowing and canoe athletes will compete when the Games start on Aug. 5.

The findings from two unpublished academic studies seen by Reuters concern Rio’s most popular spots for tourists and greatly increase the areas known to be infected by the microbes normally found only in hospitals.

They also heighten concerns that Rio’s sewage-infested waterways are unsafe.

A study published in late 2014 had shown the presence of the super bacteria – classified by the U.S. Centers for Disease Control and Prevention (CDC) as an urgent public health threat – off one of the beaches in Guanabara Bay, where sailing and wind-surfing events will be held during the Games.

The first of the two new studies, reviewed in September by scientists at the Interscience Conference on Antimicrobial Agents and Chemotherapy in San Diego, showed the presence of the microbes at five of Rio’s showcase beaches, including the ocean-front Copacabana, where open-water and triathlon swimming will take place.